The Den is the name of the ancient but charming bungalow where we live. When we moved to Coimbatore in 2003, the Company offered me a choice - to live in this sprawling old world bungalow on Trichy road or take a more compact & modern leased accomodation elsewhere. We decided on the former option. We have now lived here for more than 6 yrs and loking back we can say that we have no regrets whatsoever on our dec 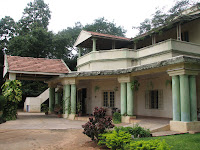 ision to live here.
The Den is a very popular & well known address especially amongst old Coimbatoreans. There is a bus stop right outside the Den gate which is called the Stanes Stop.
To go back into history this building is more than 125 years old (built at the height of British Rule in India) & the only other building about the same age in Coimbatore is the Stanes School. Technically the Den should be declared a heritage building but I am not sure if it is registered a 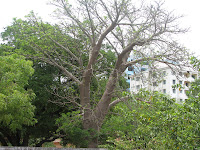 s one. Robert & Thomas Stanes were the the first brothers to come to India in 1861. Their initial ventures appear to have been setting up plantations in little known hill areas of South India (Nilgiris) -firstly coffee & then tea.
In Coimbatore, the temporary workshops of the Madras Railway Company were purchased and the Stanes Coffee Curing Works commenced business in 1861. The property included a small 2 roomed bungalow in which Robert Stanes lived for many years. This house called "The Den" has been occupied continuously by members of the Stanes family and by company officials. It has been "modernised" over theyears and has several additional rooms now and is still in fairly good shape.
The extent of the Den property originally was 4.50 acres 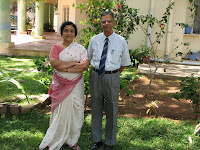 stretching from Race Course end right up to Trichy Road. The ownership was transferred to The Amalgamation Group of companies in 1961 and the descendants of the Stanes family then decided to shift base to England.
In later years due to restrictions in ownership of urban land,the property wa 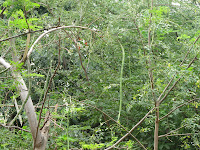 s partitioned and one part measuring 2.50 acres including "the Den" was transferred to Stanes Tyres (the Trichy Road side) & another part(The Race Course side) to Amco Batteries.
The Den property has been maintained with very few modifications for the past nearly 50 years. It houses several varieties of plants,trees and shrubs and is home to many species of resident & transit animals & birds. Resident creatures include owls(2 pairs), mynas, koels, crows, kites, squirrels, frogs,crow pheasants (one pair), taylor birds, sunbirds. Transit bird 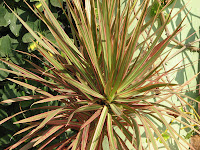 s include kingfisher, falcons, woodpeckers,parrots, egret. Recently we spotted a female peacock probably displaced from her natural habitat or escaped from human captivity. We fondly hope she chooses to become a resident at the Den. The owls rest in the trees during daytime & usually nest under the high portico ceiling in front. Squirrels nest on the high ceiling on the 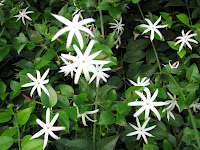 back verandah. On quite a few occasions baby squirrels have been found on the floor having accidentally fallen from its nesting place.
Unfortunately the common sparrow is conspicious by its absence. In fact it is not to be found anywhere in Coimbatore. It is probably being driven to extinction due to rapid urbanisation & its inability to adapt like the mynas & crows. I did spot the rare common sparrow though during a recent visit to Ooty.
The wide variety of trees include coconut, tamarind, peepul,ashoka, almond, sandalwood, eacalyptus, margosa,coriander,guava, sitaphal, mango,drumsticks, pomogrenate,pappaya,banana,sapota & manjadi. There is also a very rare & exotic African tree around 150 yrs old with a thick lower trunk tapering as it goes up. This is only one of two trees of its species in Coimbatore the other one being in Forest Research Institute. Recently we have added several new saplings to this collectio 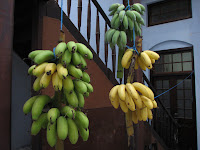 n - gulmohar-flaming red & yellow, bougainvilla, ponnu arali, bamboo,konni & jacaranda.
Apart from this there are several varieties of flowers providing colour and brightness to the lush greenery. These attract several species of exotic butterflies, bees & insects which flit around collecting honey & transmitting pollen.
The bungalow has a long verandah in front, a portico for the car and a circular cemented sitout totally enclosed by tall hedges. A spacious lawn was recently developed and has a swing right in the centre. The massive well spread out branches of tamarind tree provide excellent shade and there are cement benches below for relaxing.
The Den is like a small island inside metropolitan Coimbatore totally insulated from the outside world. We hear only the wind,the rain,the thunder,swaying of trees, the chirpi 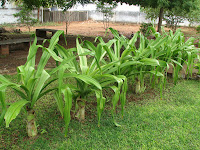 ng of birds, singing of koels, screeching of owls, squealing of squirrels, noise of crickets, croaking of frogs. We have two dogs both females - a lab & a great dane. They loudly announce all visitors to the Den in addition to providing good security.
The climate is salubrious and cool round the year except for the two summer months. Even then we do not feel the heat inside the bungalow.The tall ceilings with a floor upstairs considerably reduce temperatures .
The Den is like a resort rather a sanctuary and visitors are usually taken on a conducted tour of the bungalow & the campus.
at July 15, 2007 6 comments: 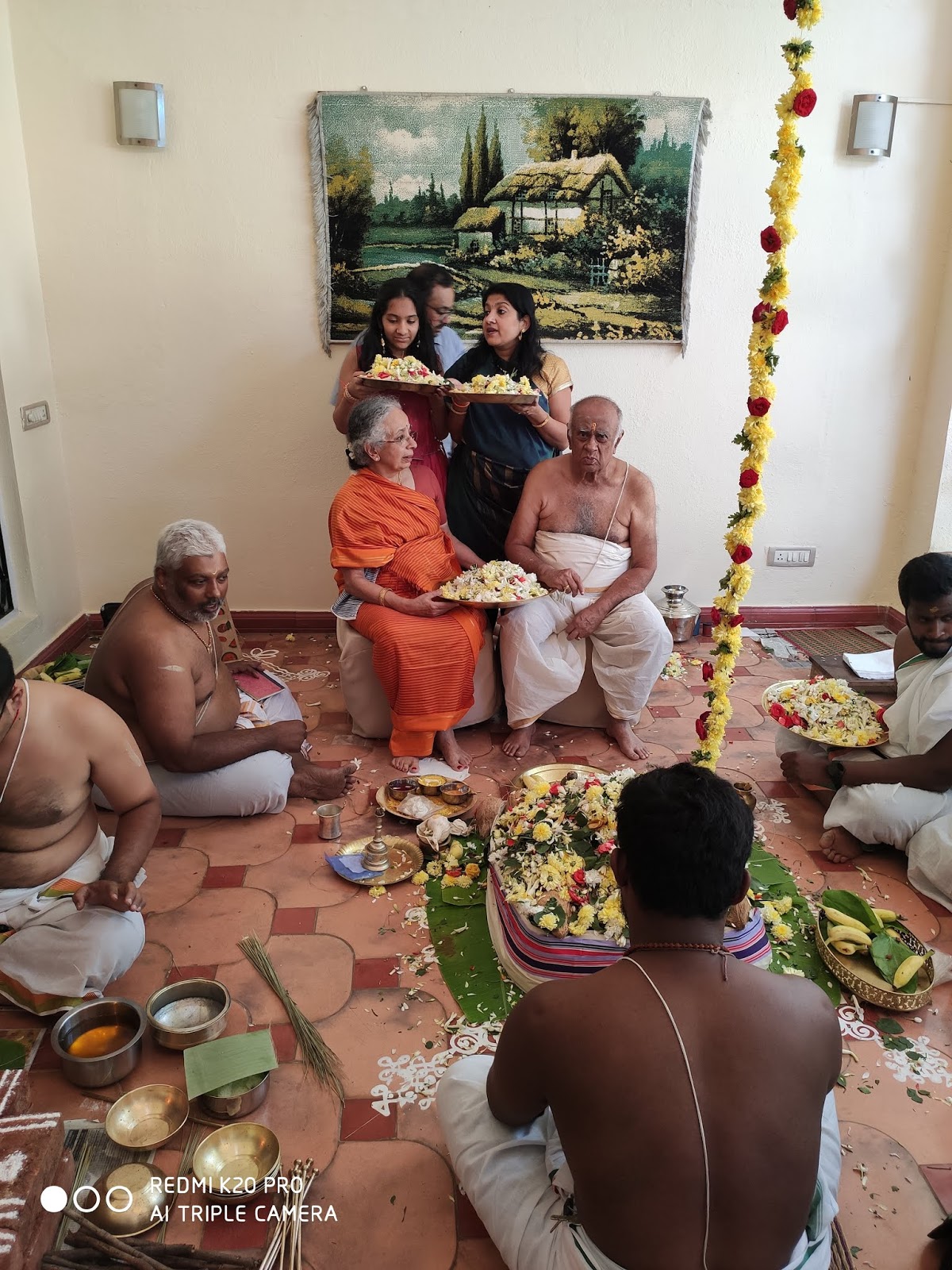