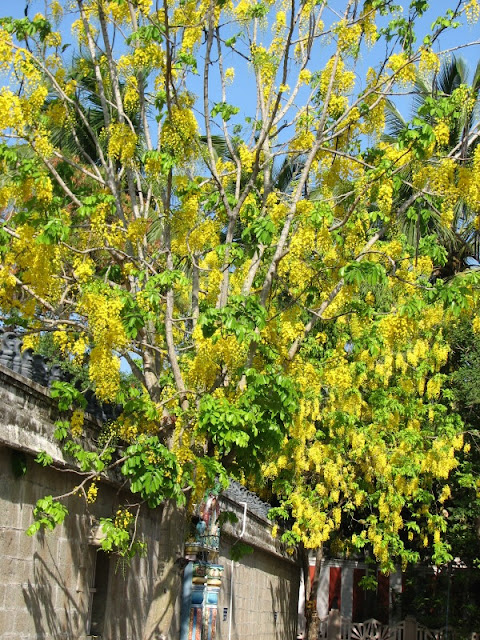 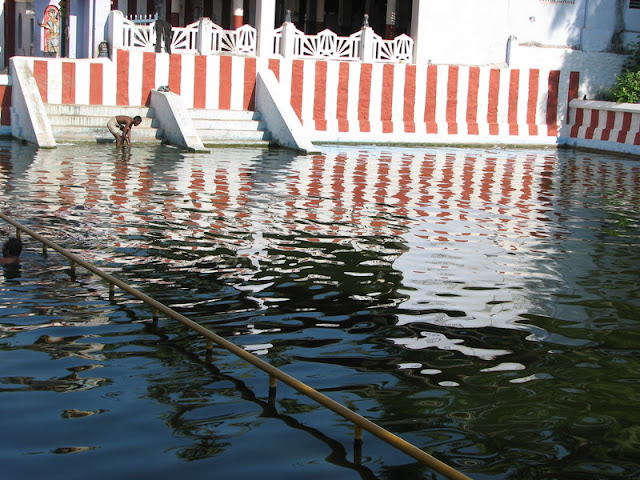 Our next stop was Suchindram Temple. The Thanumalayan Temple (Sthanumalayan Temple ) is of importance to both Saivite and Vaishnavite sects of Hinduism. The name Stanumalaya denotes trimurtis or three Gods; "Stanu" means Siva; "Mal" means Vishnu; and the "Aya" means Brahma.  There is an Anjaneya, (or the monkey God Hanuman), statue which stands at 22 feet (6.7 m) and is carved of a single granite block. It is one of the tallest statues of its type in India. It is also of historical interest that this statue was buried in the temple in 1740, fearing an attack by the Tipu Sultan and was subsequently forgotten. It was rediscovered in 1930, and subsequently restored for viewing. There is also a Nandi statue, made of mortar and lime, which is 13 feet (4.0 m) tall and 21 feet (6.4 m) long, it is one of the biggest Nandi statues in India. 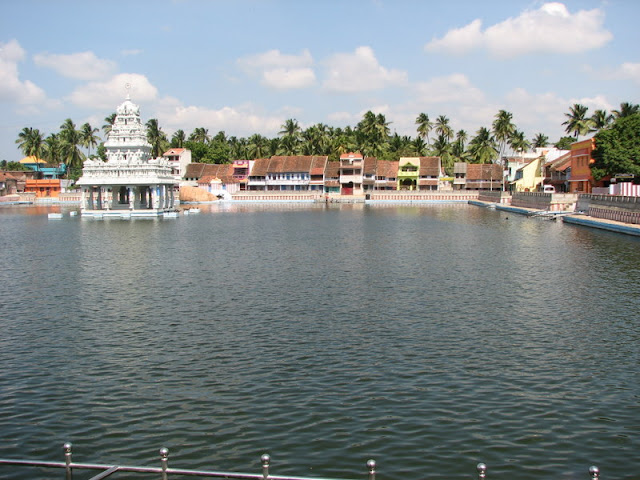