20-1-2014: Next we reached the town of Pappanasam around lunch time.The temple here is also known as  Keezhai Rameswaram and possibly the only (ancient) place in the world where 108 big separate lingams are present in one place. One of the 275 Thevara Padal petra sthalams It is believed that worshiping Lord Shiva in this temple would remove all our sins and worshiping in this one temple is equivalent to worshiping in 108 temples. This is how this town of Pappanasam gets its name: Pappa (sins) + Vinasham (destruction).There are 106 Shivalingas arranged equally in three rows in a separate mandapam and it is a wonderful sight to see so many lingams in one place. The presiding deity in the sanctum is Sri Ramalingaswany since it was worshiped by Sri Rama. Hanumantha lingam, the huge lingam brought by Hanumar from Kasi is kept in a separate annexe to the temple on the southern side.
After praying at all sanctums we were offered "lunch" prasadam. We were delighted at this unexpected windfall blessing. The lunch was simple but sumptuously satisfying. 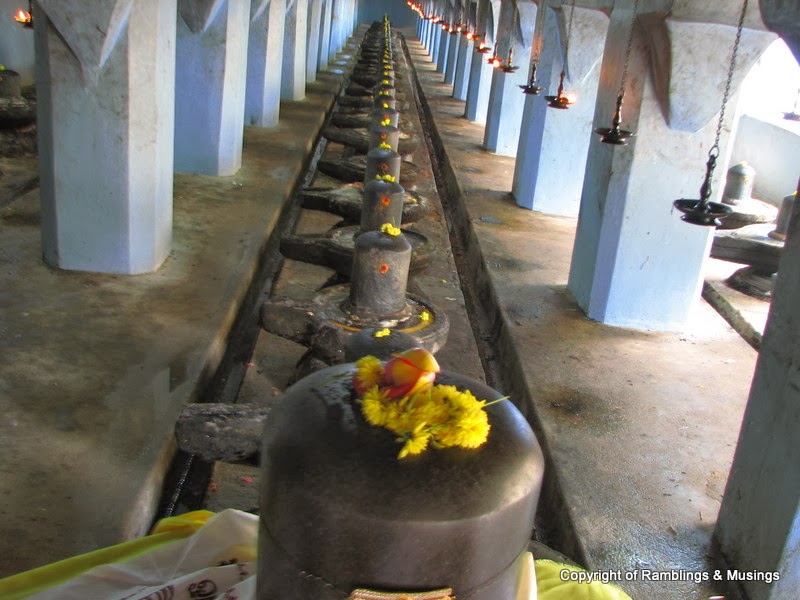 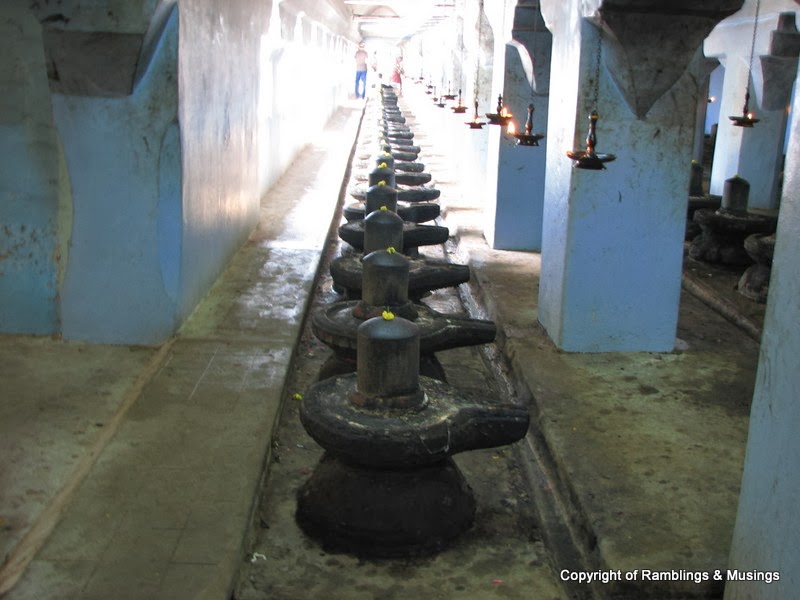 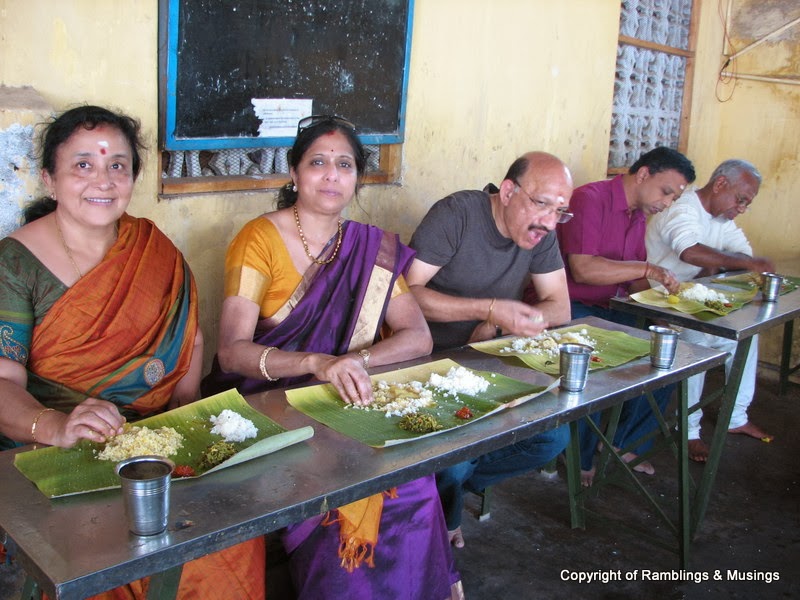