This is our family deity situated in Pandackal (in Thottuva in Kerala). This temple was lost to the family for many generations and rediscovered once again through "Prashnam"(consultation with an astrologer) initiated by a family member Malayatoor Ramakrishnan some years ago. Once identified he discovered to his horror that the temple had become dilapidated & decrepit and also the land around it had been over run by squatters. Being in a position of power in the Kerala Government he ensured eviction of these illegal occupants and the Dewaswom Board repossessed the property. Subsequently some repairs were carried out and the temple was re-consecrated. He strangely chose not to share this information with other family members who discovered this fact in later years.
Film actor Jayaram (and my cousin) has contributed funds for further development of the temple and improve its facilities.
We visited this temple on 31 December 2017 and offered prayers to Mahavishnu, Bhagavathy & Ganesha.
Now it is an annual feature for family members to visit this temple every year and offer prayers to ensure well being of the family and warding off any evil influences. 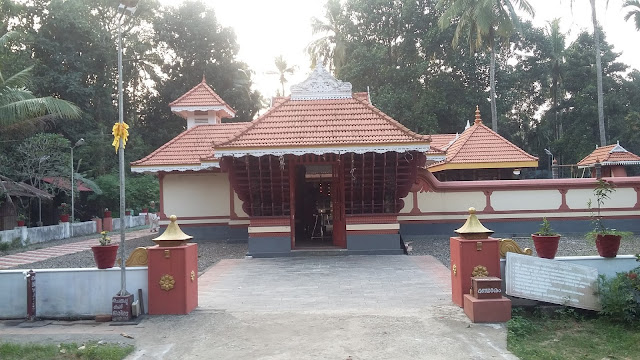 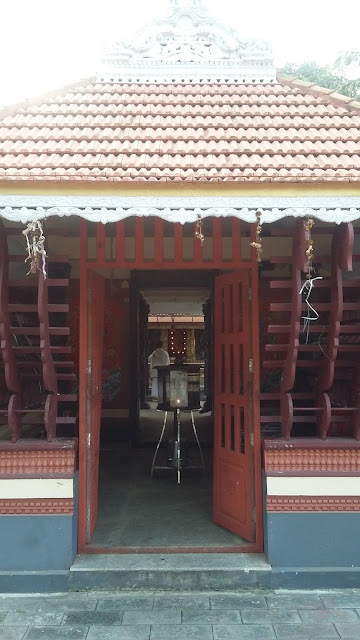 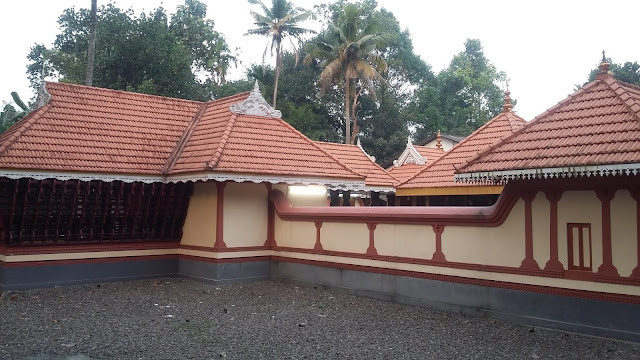