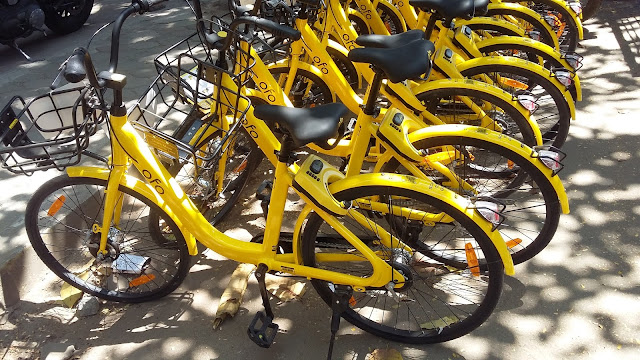 As part of the Smart City initiative Coimbatore Corporation has in collaboration with OFO launched OFO App based cycles in R.S.Puram on an experimental basis.Around 500 cycles have been introduced in R.S.Puram. Currently there are 9 pickup up points and progressively over the next few weeks increase the number of cycles deployed to 2000 and pickup points to about 80.
OFO (pronounced oh-foh) is a Beijing based bicycle sharing company founded in 2014. It operates over 10 million yellow-colored bicycles in 250 cities and 20 countries, as of 2017. The dock-less OFO system uses a smartphone app to unlock bicycles, charging an hourly rate for use.
To start with users require to download the OFO App and then pay Rs.99/- by debit/credit card or PayTM. Next with using blue tooth scan QR code to unlock. After use he returns the cycle to one of the pickup points and lock. The duration is automatically recorded and applicable charges debited. The cycles have inbuilt GPS and hence can be tracked. As part of the initial experiment the cycles can be used only in R.S.Puram area.
Great initiative indeed and kudos to Coimbatore Corporation. The only point of concern here is that  these cycles were imported from Beijing thus going completely against the principle and spirit of Prime Minister Modis "Make in India" initiative. India being one of the largest manufacturers and exporters of cycles why were these cycles not sourced from a reputed Indian manufacturer ? 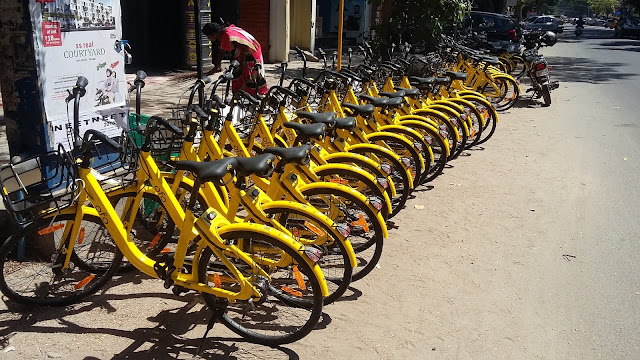 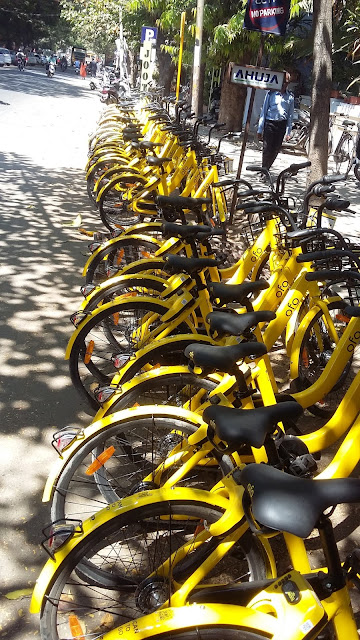 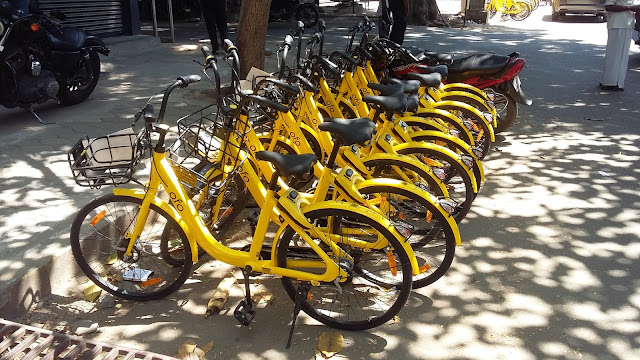 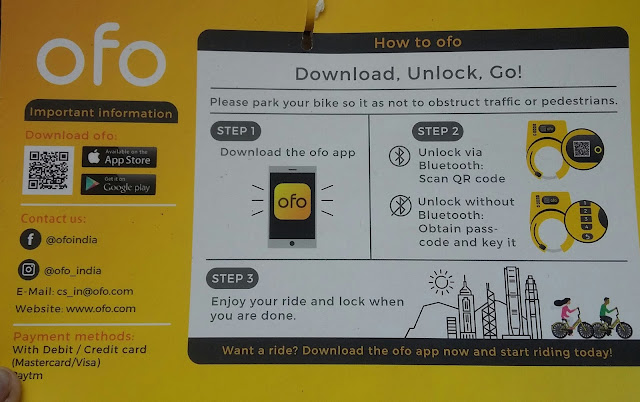