This is a Shiva Stala 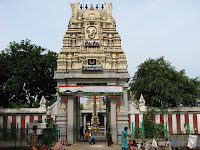 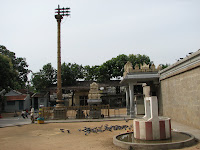 In ancient days Thiru gnana sambandar visited this temple & praised lord Siva through his songs.This is the 21st of the 32 Tevara Stalams in the Tondai region of South India.
Legends hold that Bharadwaja Muni (Valiyaan) and H 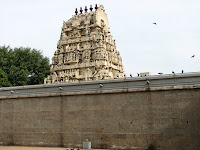 anuman, Lava Kusha & Sugreeva worshipped Shiva here, and hence the name Valithaayam. There is a statue of Anjananeys worshipping Shiva. Vinayakar married Brahma's daughters Kamalai & Valli
The Temple: A three tiered Rajagopuram and a Gajaprishta vimanam adorn this temple which spans an area of over an acre.There are several inscriptions in this temple. The annual Bhrammotsavam festival is celebrated in the month of Chittirai . Sthala Vriksham is the Pathiri Tree. There is also a go shalai.
at September 29, 2007