Recently I was at Chennai and visited the Government Museum at Egmore. I spent close to fours there and took loads of photographs. Here are some initial glimpses of the building & the serene surroundings. There are three majestic cannons standing guard outside the museum theater.
1.Museum Theater where films are screened periodically 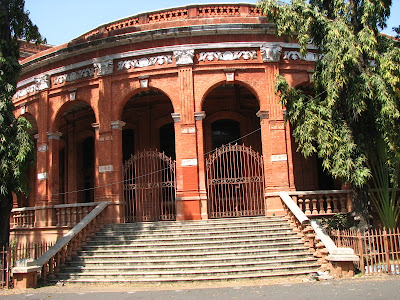 2.Entrance to the museum complex 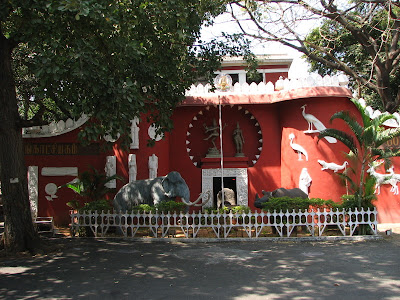 3.Tippu Sultans Cannon used in the Battle of Srirangapattinam in 1799. In the 4th Anglo Mysore War the combined forces of the British East India Company and theNizam of Hyderabad defeated Tipu and he was killed on 4 May 1799, defending the fort of Seringapatam( now known as Srirangapattinam). For more details see here: http://en.wikipedia.org/wiki/Tippu_Sultan 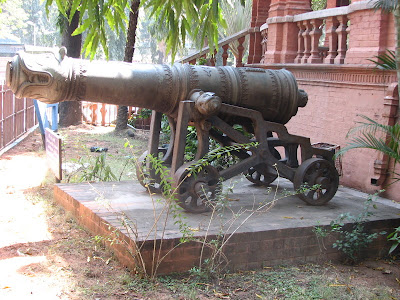 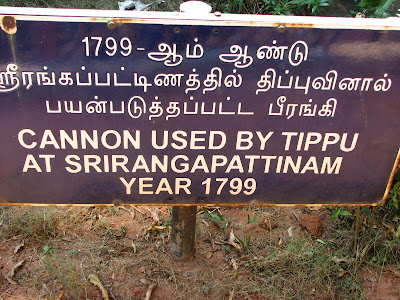 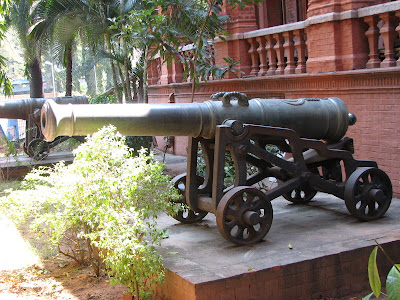 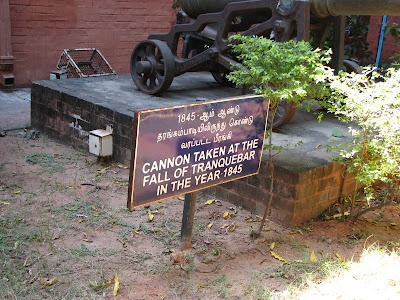 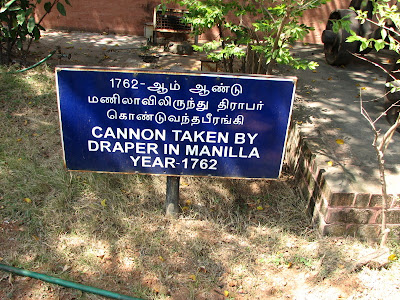 More pics from the glorious collection at the museum will follow in a series !
at March 15, 2012