After our tea break on the highway we headed straight for the Aihole Temple Complex located around 120 Kms from Hospet. We eagerly and enthusiastically alighted at the complex which is under the management of ASI. We were fortunate that Mr.Satyamurthy retired Superintendent of ASI and a renowned archaeologist was leading our group on day 2. We were mesmerized by the beautiful sight that greeted us on entry.
Aihole occupies a unique place in the history of Temple Architecture in India.It was the experimenting ground of the early Chalukya Kings: 450-750 AD.Within the early fortification alone there are 50 temples and 50 more outside.Most of these are Vaishnava Temples converted later to Saivite Temples.
The Durga Temple: We began with a visit to the Durga Temple. The name "Durga" refers to a fort, not to the goddess; apparently at one time the building was used as a military outpost (durg). It is not known to which deity the temple was originally dedicated.Durga temple or fortress temple is the best known of the Aihole temples and is very photogenic. It is apsidal in plan, along the lines of a Buddhist chaitya, a high moulded adisthana and a tower - curvilinear shikhara. A pillared corridor runs around the temple, enveloping the shrine, the mukhamantapa and the sabhamantapa. All through the temple, there are exquisite and incredibly beautiful sculptures. The temple appears to be of the late 7th or early 8th century. 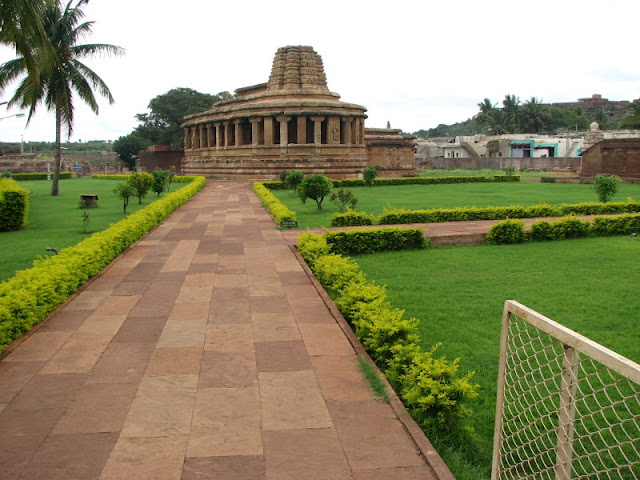 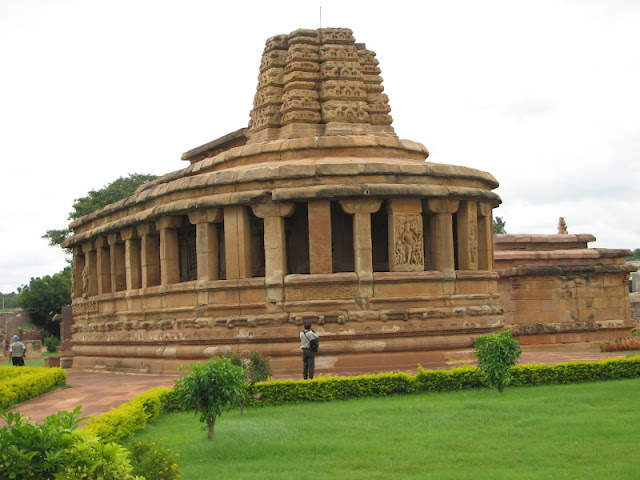 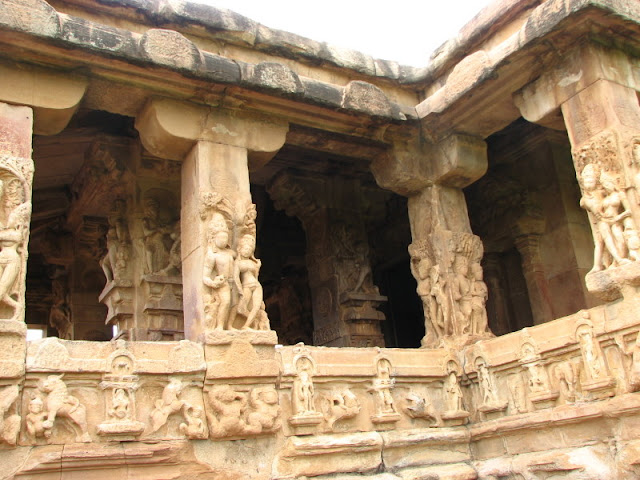 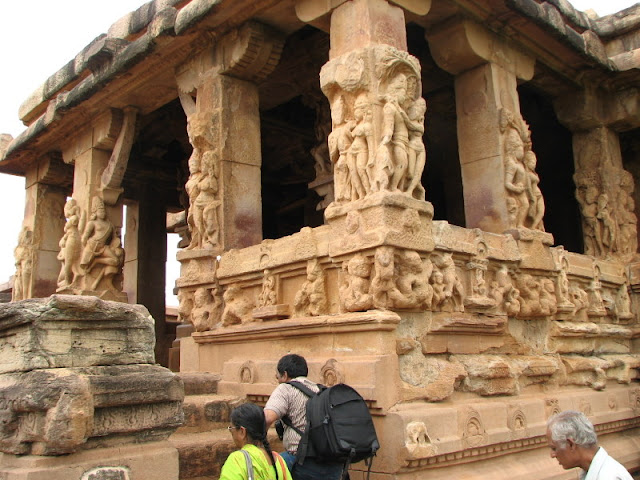 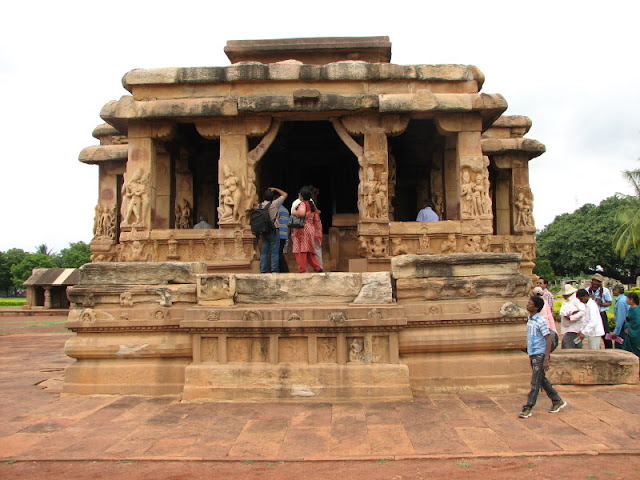 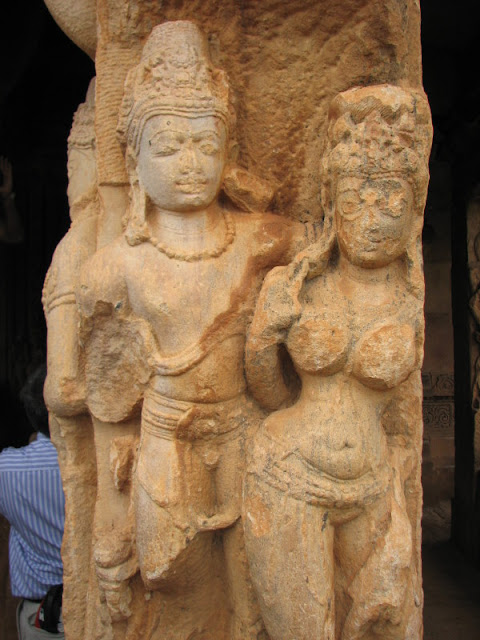 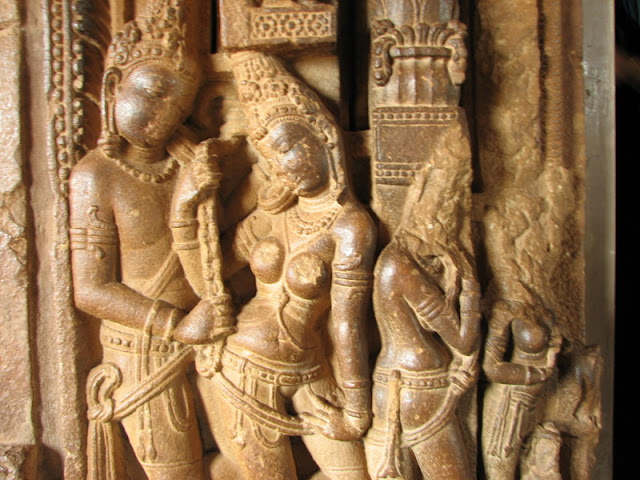 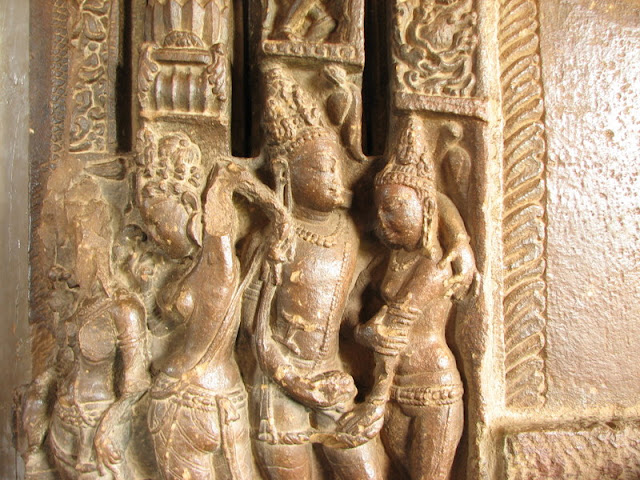 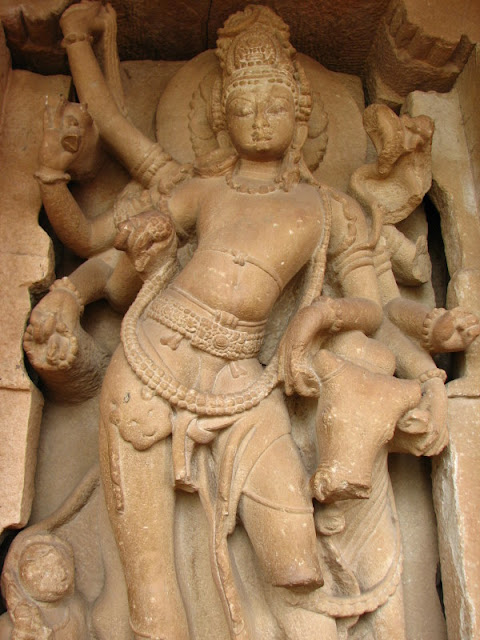 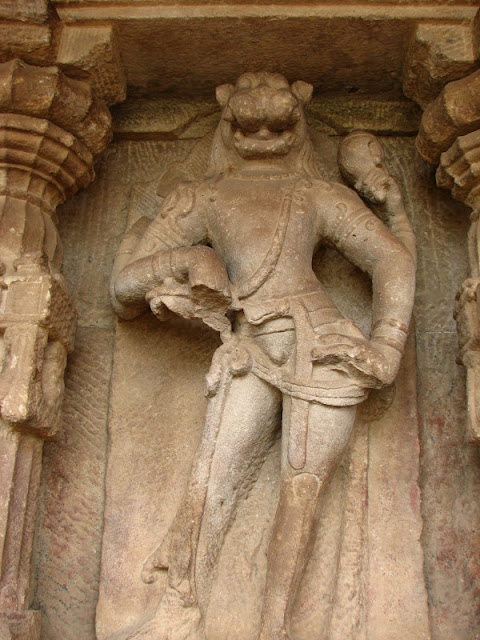 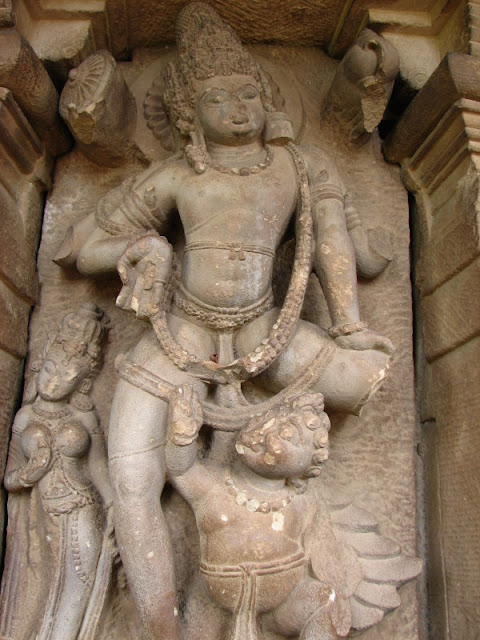 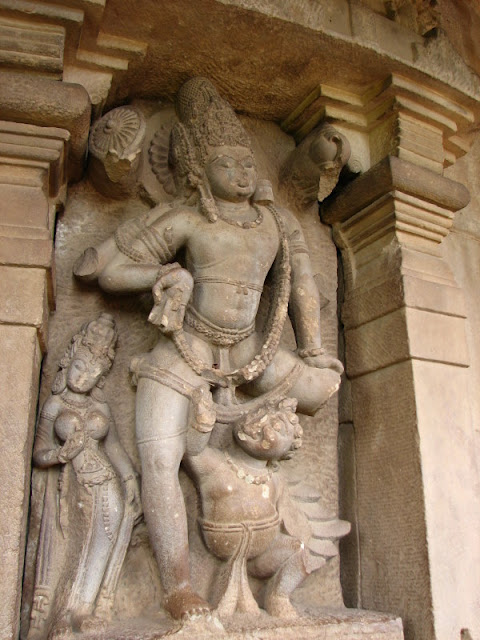 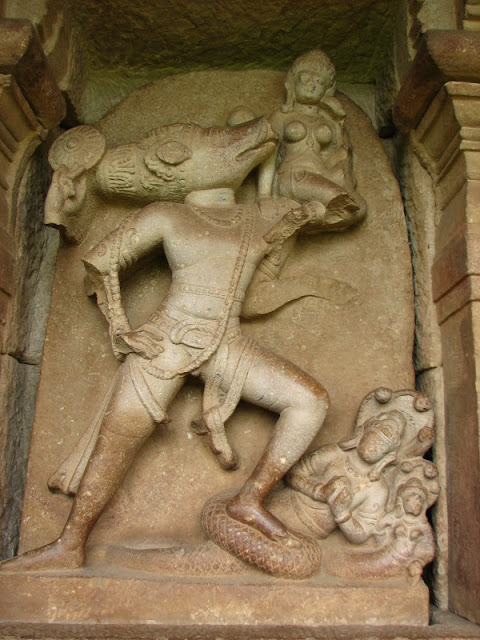 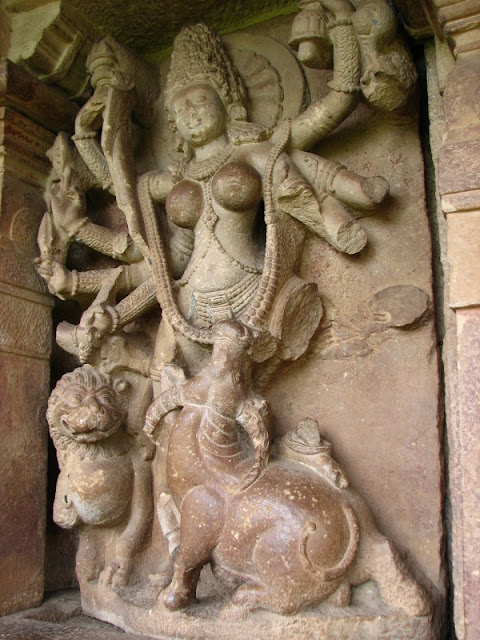 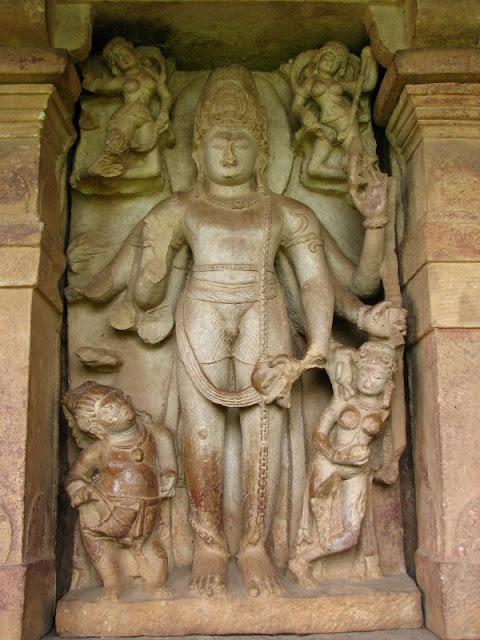 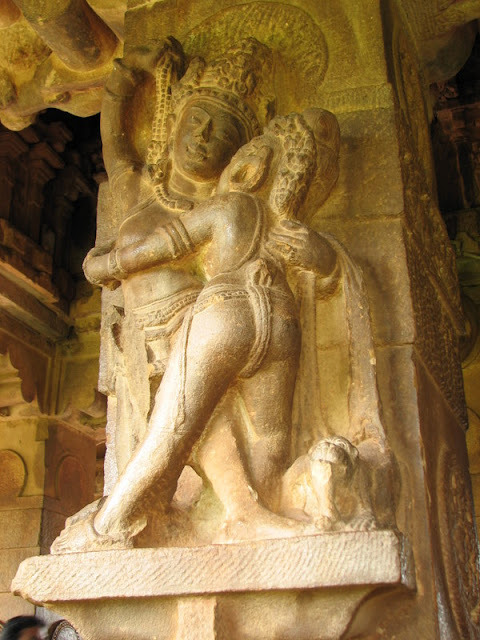 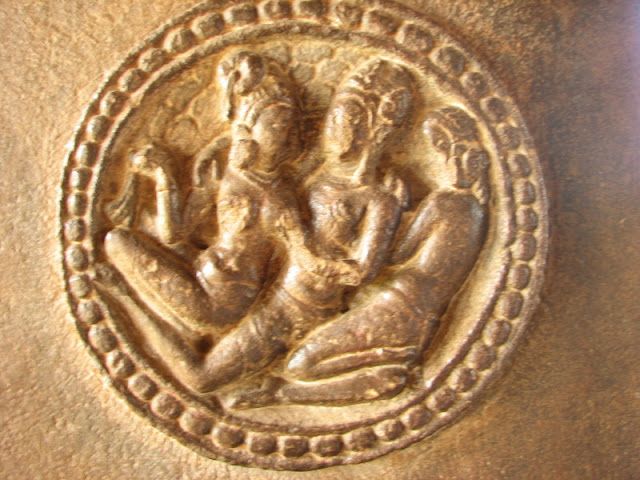 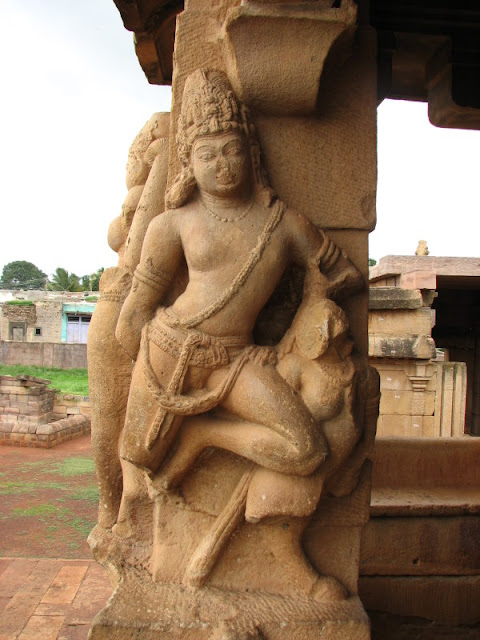 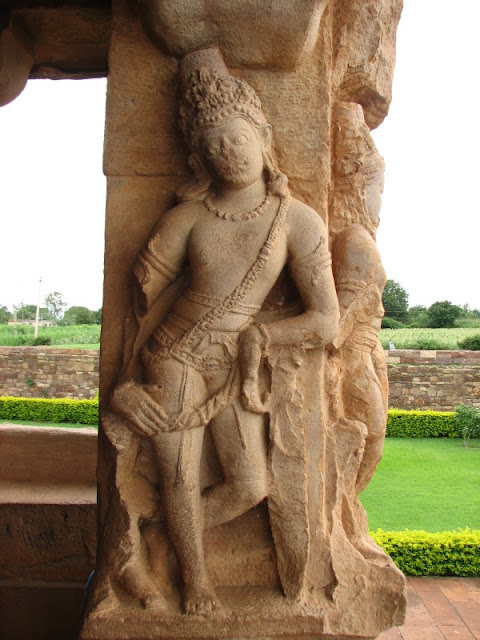 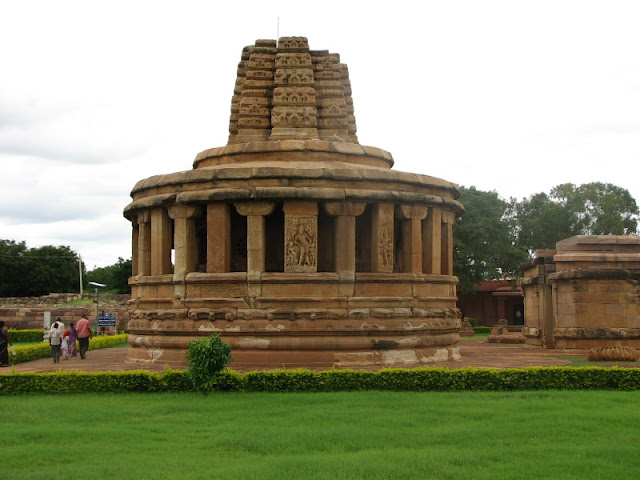