On 27th August 2015 we travelled by road from Trichy to Coimbatore. The roads were excellent but mostly single lane except for short stretches of three lane highway.heavy truck traffic impeded our progress. We travelled parallel to the river Cauvery for a considerable distance. There is a point in the river where it is the widest. This point is called the Akhanda Cauvery. Since there has been good rainfall in Karnataka and surplus water has been let out into Tamilnadu Metttur Dam has good storage and hence we could see fair amount of water in the river. 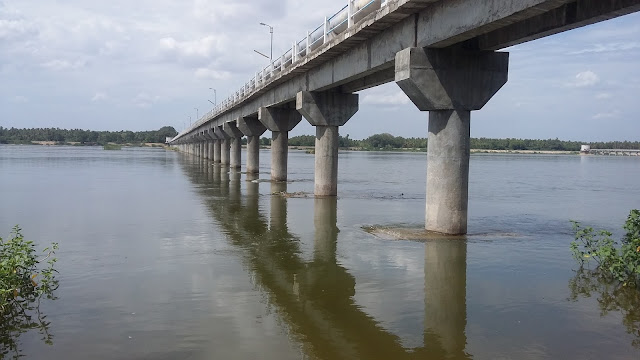 The sky shot was taken nearer to Coimbatore.There was generally bright sunshine and since we were traveling west wards the suns rays were falling directly on my eyes making driving difficult even with the sun visors lowered. We had some relief when the sun briefly went behind some clouds and that's when I clicked the sky. 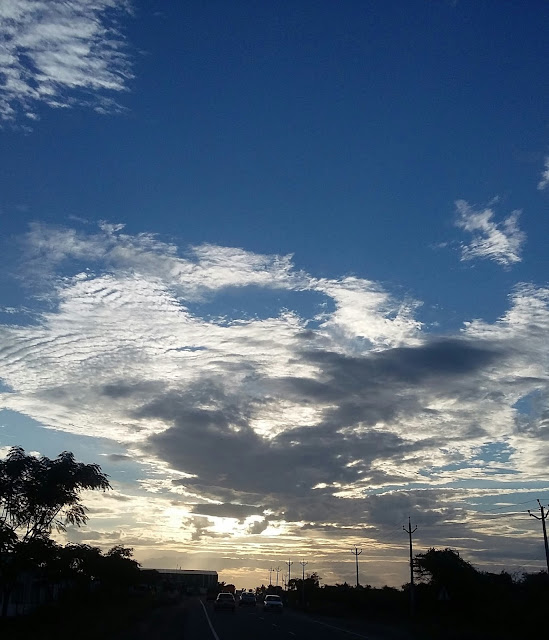