11 Dec'2017: We got up at 6.00 am and walked to Ramanas coffee for our morning cuppa - Kumbakonam Degree Coffee.A small non descript outlet near the bazaar abutting the Kumbeswarar temple They serve the best coffee in Kumbakonam - served piping hot in steel tumblers. The owners are a nice couple and very courteous.They also serve snacks like samosas, bondas, bajis & vadas etc. 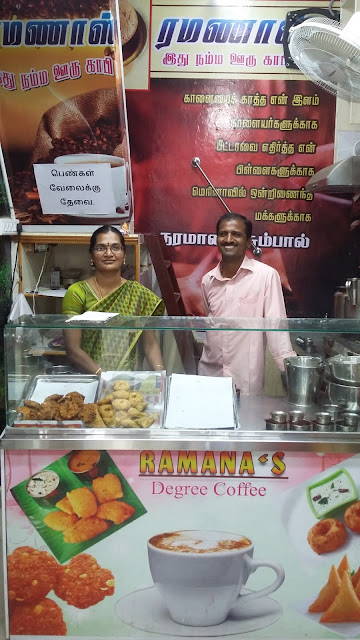 After our coffee we returned to the hotel for quick shower & breakfast. Next we walked across to the nearby Someswarar & Sarangapani Temples which are right opposite the Kumbeswarar Temple-the two being separated by the Pottramai Kulam or the Golden Lotus Tank.
This is how the tank looked some years ago. Now due to poor rainfall the tank has run dry. You can see the Gopurams or towers of the two temples in the back ground 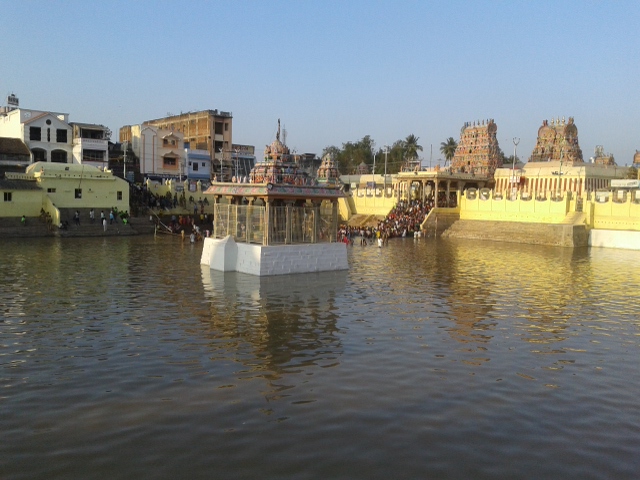 Sarangapani Temple: This is one of the 108 Divya Desams as well as one the Pancha Renga Kshetrams.(https://en.wikipedia.org/wiki/Pancharanga_Kshetrams).The Lord Sarangapani is in reclining posture & his consort is Kamalavalli Thayar. The photo of the bronze utsavar ( festival idol) is shown below: 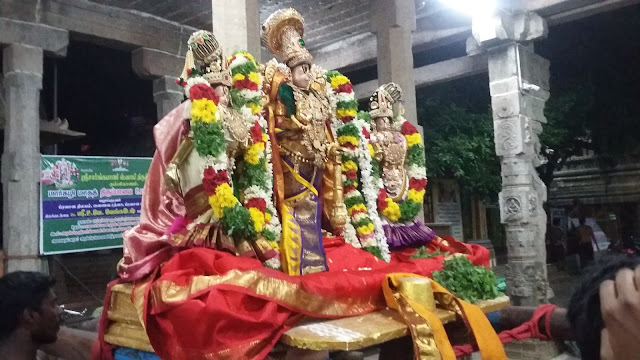 Someswarar Temple: This temple is a bit nondescript and not as frequented by devotees as Sarangapani.This is a Padal Petra Sthalam. The main deity is Someswara and his consort is Somasundari.When the nectar (Somam) pot broke, the water flowed in this place and a tank came into being called Chandra Pushkarini.  In course of time, it dried.
For more details please read my earlier blogpost:  http://sankriti.blogspot.in/2014/03/someswarar-temple-kumbakonam.html
at December 17, 2017