We continued our walking tour and moved on next to Chakrapani Temple located at a distance of around 2 Kms from Ramaswamy Temple.
Chakrapani Temple is a Hindu Temple dedicated to Vishnu who appears in the form of a discus or Chakra to put down the pride of Surya (the Sun), who subsequently became his devotee. Like Shiva, Lord Chakrapani has a third eye on His forehead. The temple is one of the most prominent temples in Kumbakonam.As per Hindu legend, Chakra(also called Sudarshana), the discus, is the most powerful weapon of god Vishnu.
Mahavishnu - deputed His discus – Chakra to destroy demon Jalandarasura.  The Chakra pierced into the Patala Loka (the nether world) and destroyed the demon.  It came out and rested on the hands of Lord Brahmma who was performing a yajna on the banks of Holy Cauvery.  Happy Brahmma installed that Sri Chakra there itself on the banks of Cauvery.  It was brighter than Sun.  Sun God was jealous to see another power brighter than him and further increased his light.  But the Sri Chakra absorbed all his brightness and made Sun dark.  The sun surrendered to the Sri Chakra and built this temple. 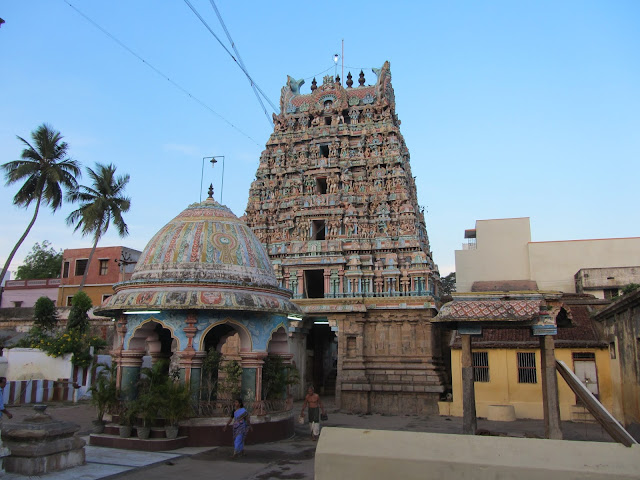 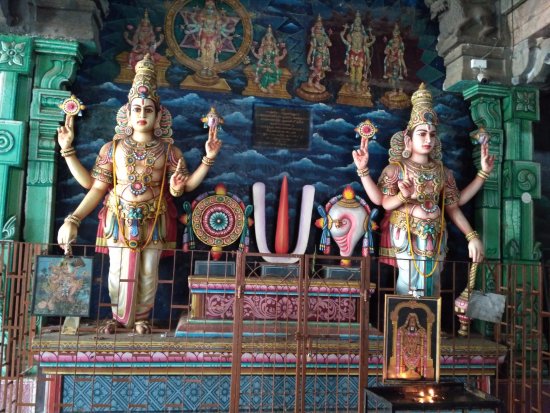 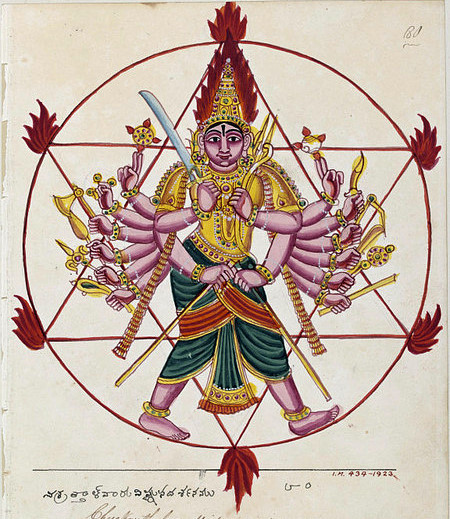 After Chakrapani we visited Adi Kumbeswarar temple once again. The crowd was thin and we could get really close to the sanctum and pray. We arrived in time for the 7.30 pm evening seva and witnessed the glorious deeparchanai at all the three sanctums - Kumbeswarar, Managalambikai and Somaskandar.The experience was exhilirating.
There on we moved on to Sarangapani - and we landed in time for the Oonjal Sevai. The Utsava Murthy (festival idols) had been taken out for circumambulation on the shoulders of hefty built & strong youth.There was chanting of Divya Prabandham by priests and periodical sevai to Perumal. The youth moved in rythmic steps and the utsavar murthy was swinging left & right as if in a cosmic dance mode. The murthy was taken to an Oonjal (swing) and placed on it. Perumal and Thayar were then made to swing while sevas were offered.It was a stunning spectacle and an overawing and humbling experience. The Sevai was over at 9.00 pm and all devotees were made to squat on the floor to receive pulihora prasadam. 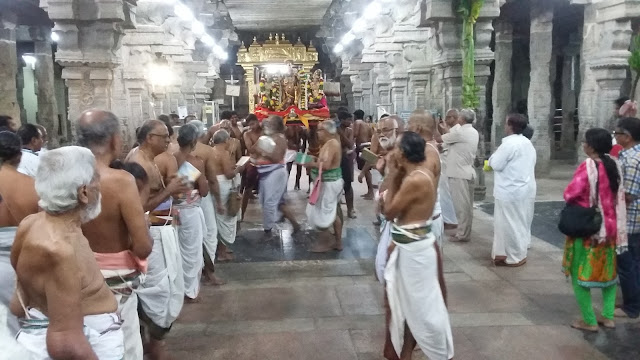 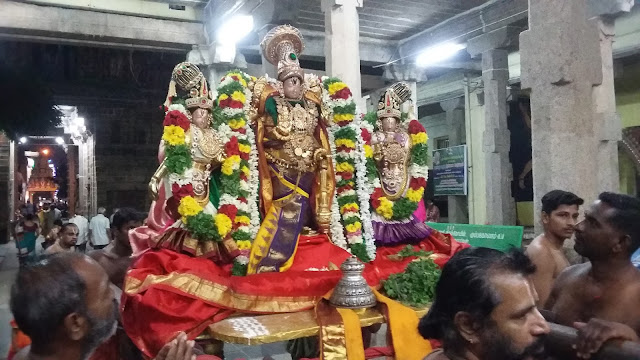 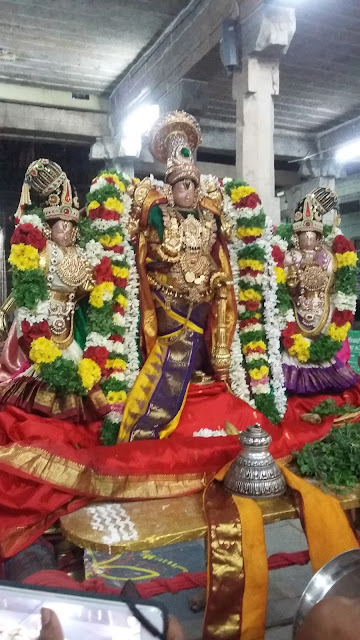 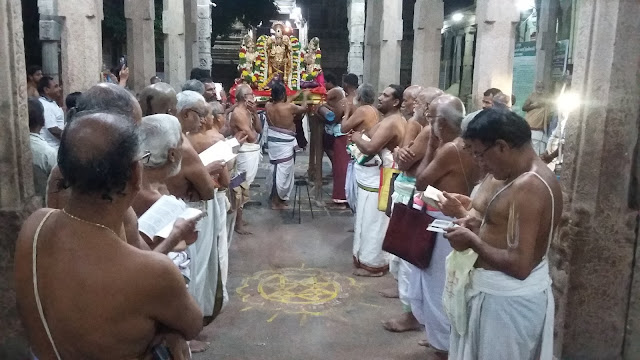 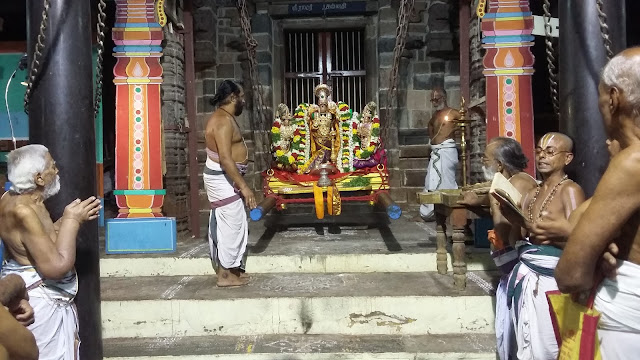