Conceptualized more than a year ago during Golden Jubilee reunion in Delhi/Corbett in November 2016, then moulded & shaped by an enervated but electrified Shorty Mukherjee recuperating in bed after a massive heart attack in January 2017, further consolidated and formalized by him during the past 12 months (with complete and unequivocal motivation & support from Rajat) through a series of crisp concise precise informative and imaginative bulletins and ably supported, mentored & aided by an ever enthusiastic bunch of Mech'71ers (1971 Mechanical Engineering batch) based in India & abroad, this amazing event Carnivale Goa actually took place for a whole week in the Indian State of Goa - formerly a Portuguese Colony for over 500 years & annexed back by India in 1961. Goa is a land of sun,sand, sea & sea food, breeze,beaches,bikinis & bars.The Goanese love to eat exotic sea-food,to soak in the sun and swim in the ocean, and to enjoy drinking their favorite brew - they can choose from a wide range of astonishing drinks - from cashew or coconut Feni to Kings Beer, Urrak to Port wines, Tequila, Armada & a range of local red/white wine apart from an array of Indian/Scotch whisky, Vodka, Gin,Rum,Brandy,Cogniac, Bourbon,Vermouth et al . Goans live life to the hilt - they live they love, they sing & dance they sculpt & paint they are obsessed with football,work hard and love to party. They are among the most exuberant effervescent energetic and joyful people in this region.
It is to this land that an excited bunch of Mech'71ers descended on 20th January 2018 from Delhi-Chennai for a special reunion in Goa - a group comprising Twelve enterprising men, Ten of them accompanied by their lovely soul mates. Glaffy the perky young lady from Blue Ocean welcomed the Group of 22.and accompanied them in a luxury coach to the O Resorts & Spa in Candolim - an hours drive from Dabolim Airport. Address:Aguada- Siolim Road, Candolim, Dando, Near Kingfisher Villa, Bardez, Goa 403515. December/January are the best months to visit Goa with comfortable low temperatures and perpetual cool breeze. Glaffy disappeared thereafter.


The resort offers luxurious rooms, suites and a grand presidential suite. Set amidst lush tropical gardens, the resort includes a rejuvenating spa, an infinity pool, special dining experiences which includes a raised wooden floored breakfast lobby, a similar lobby bar & beach decks with umbrellas. The resort has a unique interior architecture with a long indoor walking promenade with rooms located on either side, a fountain, small water pools & landscaped attractively and artistically with plants & shrubs. For those who want to congregate in the walkway and sit down for a relaxed chat under the open to sky,the resort has provided granite seats furnished with luxurious  cushions. 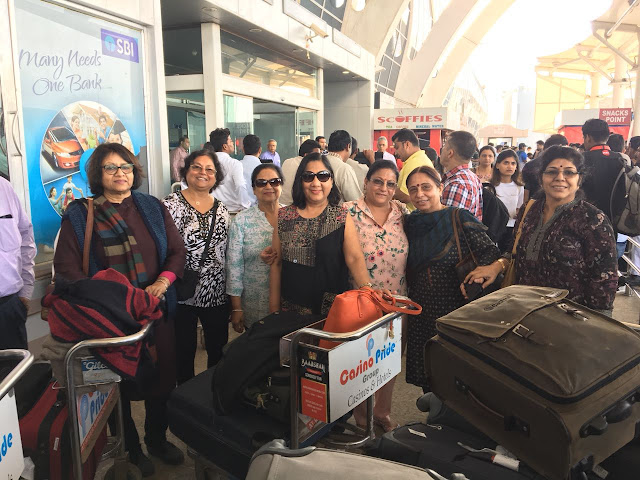 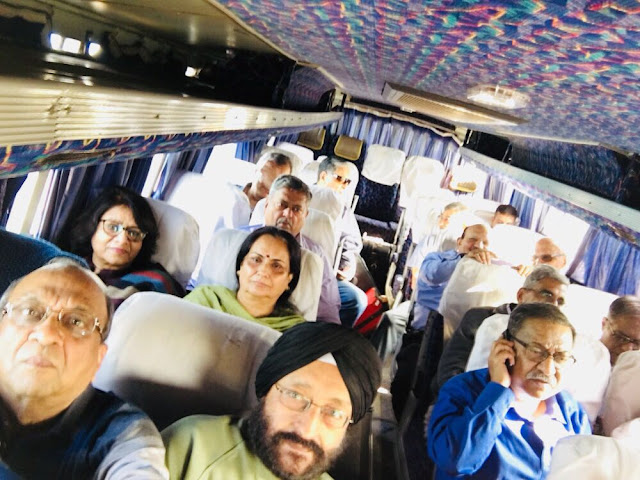 The major activity for the evening was to check into rooms,wash,transform into casuals, make a beeline for the beach enjoy the ambiance & activity there,watch the sun bathers sauntering on the sands, view the sun setting gloriously into the serene turquoise Arabian sea and amidst all this guzzle cans of chilled beer until dusk in beach shack. All the while the camaraderie and bonhomie was building up and so was appetite. Once the beer stock was exhausted group then dispersed into smaller clusters. Some went in search of dining shacks in the near vicinity before languishing back to the respective rooms. Another group careened off to a popular flea market in Candolim downtown where they are are reported to have had a splendid time . 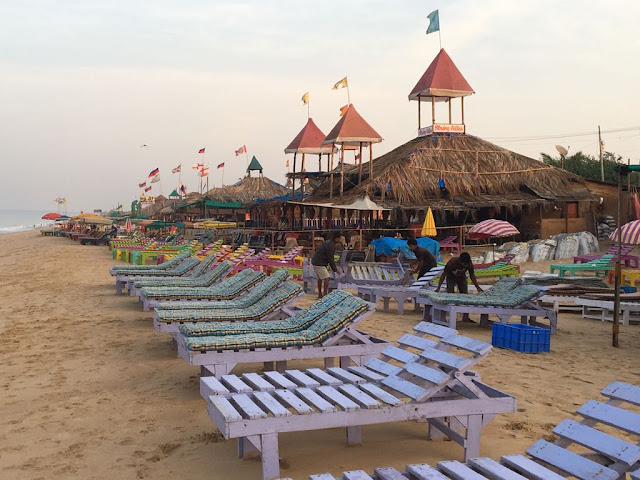 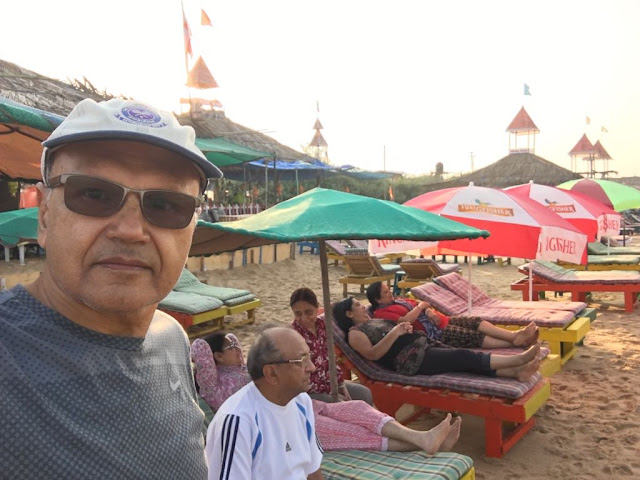 Marwaha ( one of the several pioneers who painstakingly orchestrated the reunion efforts) & Madhu had to drop out at the last moment owing to indisposition.
at January 29, 2018