22 January 2018:
The previous evening during the dinner at Calamaris Pimp made a dramatic announcement that a boat was being arranged for 22nd morning - sailing off into the high seas on a Dolphin Watch Mission.Those desirous of joining this adventure should eat an early breakfast and assemble at the breakfast lobby at 9.00 am.
At 7.06 am 0n 22 nd the following message was received from Pimp: "Guys & Ladies.I have been up since 2.00 am with an upset stomach and still need to be near the bathroom. Sorry I will not be there at 8.00 am.In addition to Johns Boats, another outfit in Bardez opening at 8.00 am is well rated. Have a great time."
Sad and disappointing that Pimp was down & out. He was taking Imodium and was on a diet of lime & soda. Another disenchantment was that the much awaited Dolphin Watch boat ride never materialized. The boat was ready but the boatman did not turn up. A small group of Gill, Livleen, Vij, Nishi & few others waited in vain on the beach before trudging back in dismay.
The morning was was generally a lazy, relaxed & laid back affair with people reluctantly clambering out of their beds. Morning walk on the beach was sublime - there was a menacing bull buffalo on the run (of course he was lassoed) and dogs meandering around (stray as well as pets on leash). We saw tourists jogging with batons/canes in hand to ward off dogs & others taking dip in the ocean and attempting clumsy selfies.
Breakfast was leisurely,sumptuous & splendidly satisfying. Manchanda left for Vasco for discussions with Goa Shipyard and was accompanied by Kusum,Nishi & Lata - while Manchanda was in intense discussions with Shipyard officials the ladies were  on an extensive shopping spree.
Anita & Rajat had a luncheon appointment in Panjim and were off for a few hours and back in time for another quiet game of bridge.There was an invitation to Pimp to join the game - I am not sure he did. Madhu,Sunil,Ramu & Shobha were spotted lounging around the shaded decks adjoining the swimming pool - tapping cellphones/reading books/dozing and soaking in the salubrious Goa weather. Indira,Sreelekha,Renu & Vinay toured Candolim down town purportedly on a shopping extravaganza. They must have all ultimately congregated with their bitter halves and enjoyed sumptuous lunch together in a downtown eatery.
Pimp continued to be sequestered in his room on liquid intakes and as a precautionary measure decided to skip lunch good and wise move. Some antibiotics were administered to him courtesy Bhav Dutt with the fond hope that Pimps condition will improve dramatically by evening.
Evening fellowship was on the raised wooden platform facing the Arabian sea - a different ambiance altogether with cane sofas and cushions and no "sinking into the sand" feeling :) The usual rounds of alcohol and choice single malt courtesy Gill and tremendous camaraderie & cheer. There was a generally discussion on weights and measures - what each guy weighed in college vis a vis his current weight & girth - some amazing discoveries and revelations. Followed by self sponsored moonlight dinner at Baga Beach - a distance of around 12 Kms from Candolim via Calangute. Prodigious quantities of draft beer was consumed as also exotic tropical drinks,delectable food and delicious desserts. The beer was served in unique lantern shaped containers. Overall an incredible evening that left an indelible impression in our minds and hearts.
Pimp was not well enough to join the revelries and remained incarcerated in his room at O Resorts but with a firm resolve to gain enough strength and composure to rejoin the flock the following day. 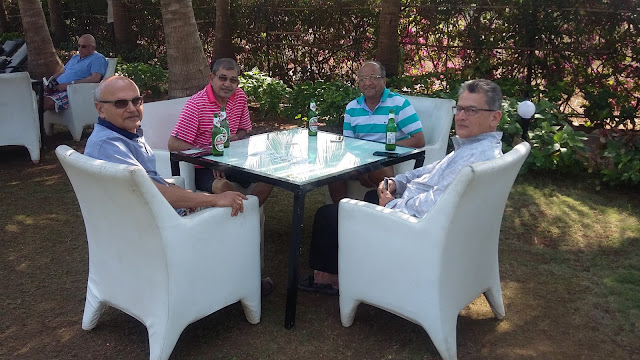 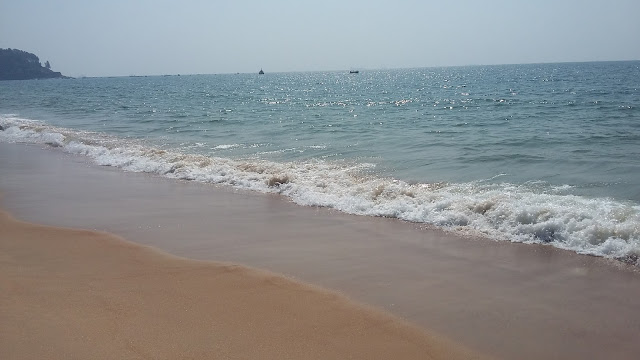 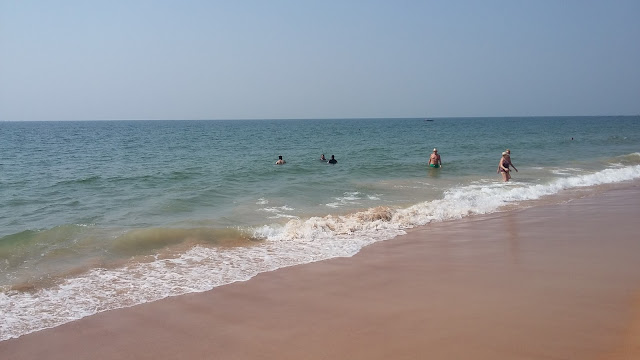 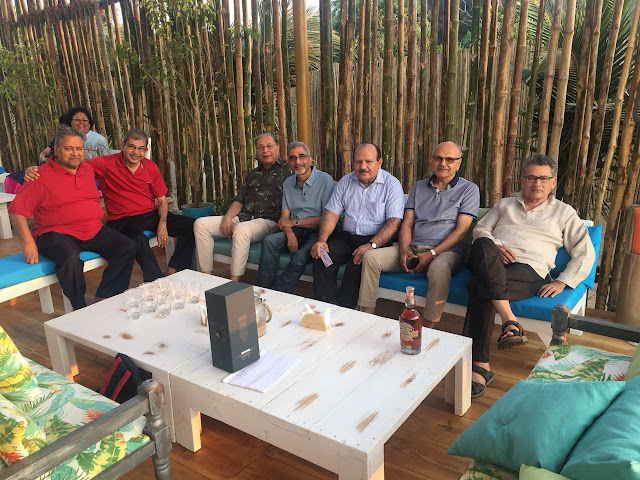 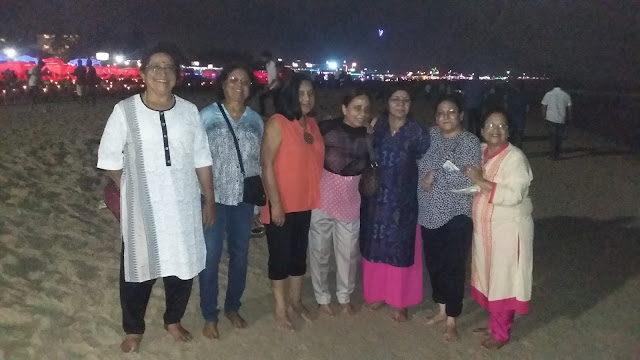 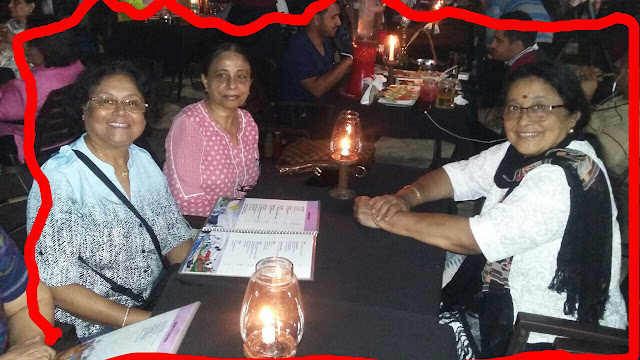 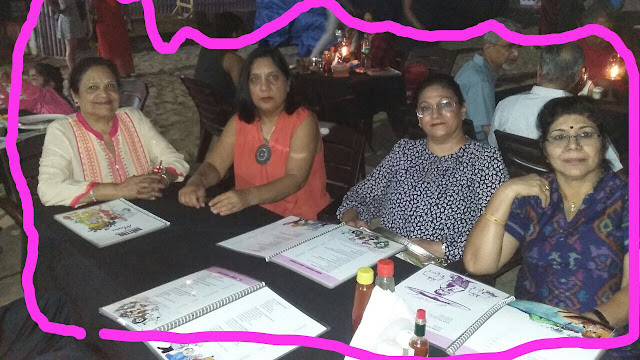