Left Daly city for San Jose international airport around 7.30 am. After an hours drive drove into the long term parking bay @ the airport. After parking the car suitably we boarded the shuttle which ferried us to the South West Airlines checkin point.The parking bay is huge with a capacity to park over a 1000 cars(my guess !) airport shuttles operate frequently at intervals of a few minutes. The bay is divided into several small lots with a shuttle stop at each lot.
Within minutes we were at South West & joined the check in 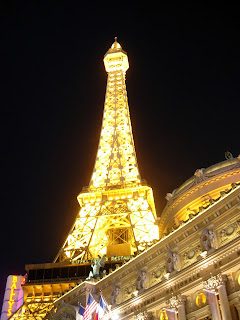 queue which was quite long extending out well into the short term parking lot. The queue moved rapidly & very soon we found ourselves in front of the check in counter. We had check-in options : elctronic self check or counter check-in by SW staff. After checkin we proceeded towards security. Liquids are strictly prohibited in hand baggage & all containers of moisturiser,after shave,milk,bottled drinks,alcohol,water have to be discarded before entering security. In the security zone coats,shoes,wallets, belts,cameras,mobile phones etc had to be removed & emptied into a basket for scanning. Shobha was wearing her gold jewellery ( bangles,necklace ) which caused electronic alarm to beep as she entered the security area. Immediately she was beckoned for an extensive body search by a female security staff. This could have been avoided had she removed the jewellery & transferred the same to her hand bag.

We had carried packed sandwiches for breakfast which we hungrily wolfed down with coffee/mocha before boarding. During boarding priority is accorded to senior citizens(65 yrs or more), the disabled & persons with babies. Wheel chairs/strollers are allowed in as cabin baggage & separately stored by the crew. This was a hopping flight via Orange County to Las Vegas. We touched down at Las Vegas Airport around 2.00 pm . After collecting our baggage & we exited, boarded a rent a car shuttle which took us to the rent a car parking bay. Rohit & Bhavana selected a Chrysler Jeep 4-wheel drive automatic,loaded our baggage,hopped into the vehicle & drove of into las Vegas . Gave a call to Julka to pick me up at 4.00 pm from te Stratosphere.

We reached The Stratosphere around 3.00 pm.The stratosphere had the tallest tower in Vegas distinctly visible from the air. There was a long queue,the computer system was down & check in was proceeding manually & very slowly. By the time computers kicked in & we checked into our rooms it was close to 6 pm.

Meanwhile Julka reached at 4.00 sharp to pick me up & we retreated to the Wynn's bar for a brief tet-a tete(separate report already filed in Mech-71 blog). It was a trip down memory lane as we both recalled IIT days & reflected on our lives & careers. Julkas second daughter is soon to be engaged to an American guy & they are planning to get married in the backwaters of Kerala.

Around 7.30 pm we went to an Indian restaurant for a dinner of naan,parathas,veg & chicken curries & biryani. Then we drove into the famous(or notorious) & dazzling Las Vegas Strip-a few hours on the strip & you know why its called the gambling & entertainment capital of the world - 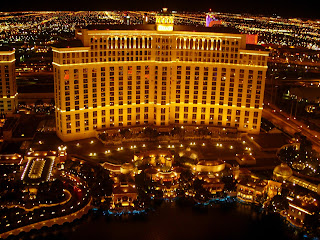 Electric lights flash. Music plays. Volcanoes erupt. Fountains soar. Cars create two moving streams of light, red and white. People in the thousands walk up, down and over the Strip. Roller coasters corkscrew high above the ground. A laser beam, visible from space, penetrates the night sky, inviting the whole universe to come and play.
And that's only outside - step into any of the iconic casino resorts along the Strip, and you'll enter a world of pure imagination.

Gaming :Any time is the right time to pull up to a blackjack table, roulette wheel or craps table. Casinos are open 24 hours a day. If there's a game to be played, you can play it in Las Vegas.
If table games aren't your style, many casinos offer sports betting, which can be just as fun. Sit back and relax in huge sports books and watch the sports action live on big screens.
Slot machines, once a diversion for the companions of "serious" table-players, are bigger than ever, and the playing never stops.
Many casinos offer gaming lessons for those who would like to learn a little more before hitting the floor. It never hurts to know the rules.

Weddings : And nothing quite says "Vegas" like being married in a drive-through chapel at four o'clock in the morning with the taxi driver as your witness - even if the minister isn't an Elvis impersonator.Vegas marriages have become the institution they are because there's no legal waiting period or residency requirement - all you need is ID and a little cash. And love.
For those who want to marry in style, most resorts offer a range of wedding services for any taste or budget - from a perfect little white country church to the bridge of the Starship Enterprise. 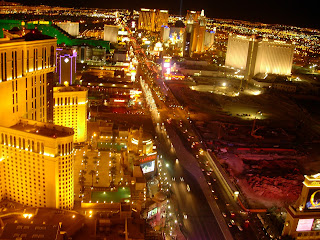 Hotels are built in most opulent style but rooms are offerred at very competitive rates. A visit the following hotels is absolutely a must : "Stratospher,MGM Grand,Ceasers Palace, Venetian, Bellagio,Paris,Treasure Island" - each with its own amazing style of architecture, rich interiors, decor & shopping malls (depicting the history & cultural heritage of the respective countries) apart from casinos,bars,diners,shows & various attractions.For example you can take a Gondola ride at the Venetian or ride up the Eiffel Tower in Paris or witness a moving statues show at Caesers Palace.