Yesterday I was driving from Coimbatore to Udumalpet via Pollachi(in the state of Tamilnadu which is one of the prominent Southern States in India). It was amazing to see the large number of Windmill Turbines on the Pollachi Udumalpet belt - imposing structures with huge fan blades harnessing the massive windpower into electricity.At present, around 2,200 wind turbines with a capacity of 850 MW are operational in the region and installation of about 200 turbines is progressing.
The capacity of turbines ranges from 225 KV(electricity generated in an hour) to 1,650 KV and they need six acres of land depending on their size. According to a rough estimate, if the wind is good, a 1,650 KV turbine generates 54 lakh units of power a year.The State Electricity Board buys a unit of electricity at Rs. 2.70. Here are some pics for you: 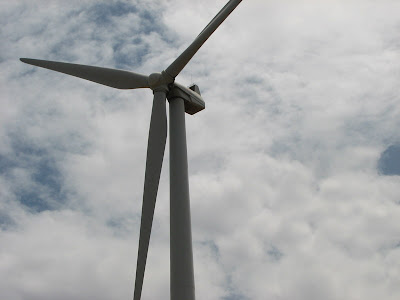 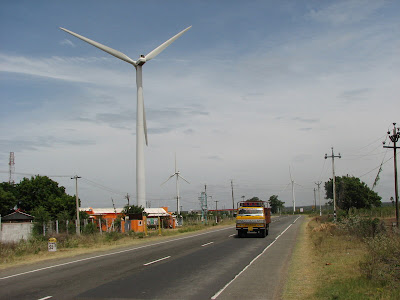 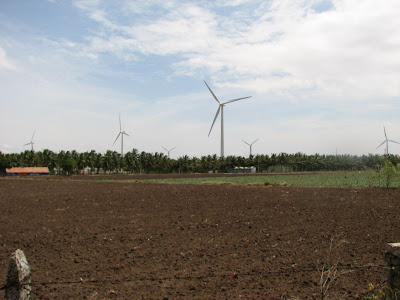 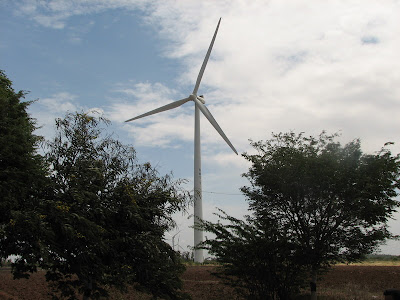 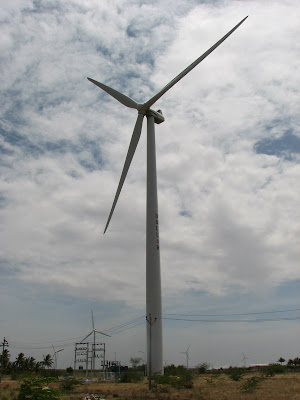 They are indeed the Windmills of the Gods !