After a comfortable leisurely drive with breathtaking views as we ascended the Tirumala hills we reached our destination in 28 minutes.We passed through another checkpost and the driver dropped us off near the temple and drove off to the parking lot. We had Rs.300/- darsan tickets - e-tickets booked in advance on the web.A long queue had already formed and we hurried along rapidly to join the serpentine queue line which was already a few hundred metres long.But the Q moved along rapidly and within an hour we were at the sanctum of Sri Venkatachalapathi. There was a bit of rush and some pushing and jostling at the sanctum entry. We spent only a fleeting few seconds worshiping the Lord before we were pressured and ushered out towards the exit. Thereafter we spent a while going around the sanctum collecting chandanam partaking tirtham and consuming divine "prasadam of thair sadam (curd rice).We were also completely awed by the sight of the magnificent Golden Vimanam. The entire experience took all of two hours.After exiting from the temple we moved towards the laddoo counters - there was an extra ordinary rush here and it took nearly one hour to collect our mandatory Tirupatu laddoos - 2 per Rs.300/- ticket.
We returned to the large concourse near the car park relaxed for a bit used the rest rooms called for our car and departed for lunch.We had vegetarian thali lunch at Mayura -an unpretentious restaurant serving simple uncomplicated lunch. We were famished and we ate well. 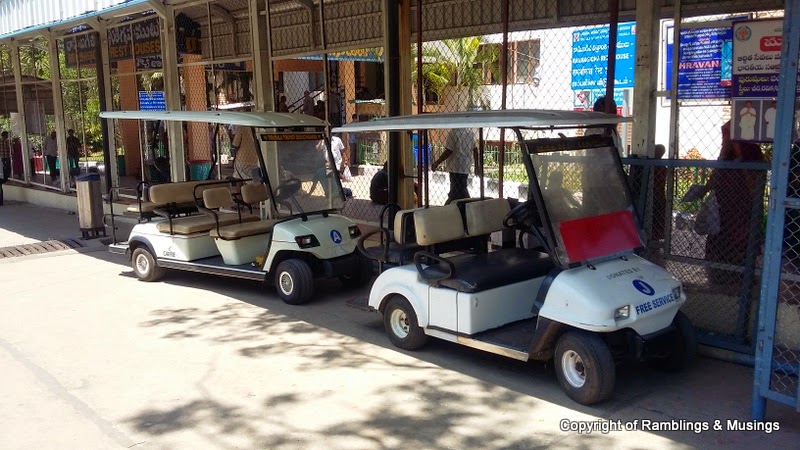 India's latest sporting sensations - Sania Mirza and Saina Nehwal - young tough competitive and terrific champions. Both achieved World No.1 ranking in March 2015.They are not just sports icons. They are also soft demure sophisticated and charming. They could walk the ramp with as much consummate ease as they stride the courts demolishing opponents.One hunts in singles while the other hunts in a pair. Both have aggressive possessive go getter fathers! Both are Hyderabadis !And Sania and Saina are a fine example of an anagram !(Photos are from the web)