We had traditional South Indian vegetarian breakfast at the extremely popular Subbiahs Mess located at a stones throw from Hotel Tamilnadu where we were staying.It was not a very fancy place. We had delicious idlis, dosas,vadas,puris and rava dosa with generous helping of sambar and a variety of colorful chutneys. We ate in traditional South Indian style - on plantain leaves and used our hands. No knives, forks or spoons ! We had a wholesome,delicious and fulfilling breakfast for which we paid a kings ransom of Rs.230/- or US.$.4/- for 7 persons. 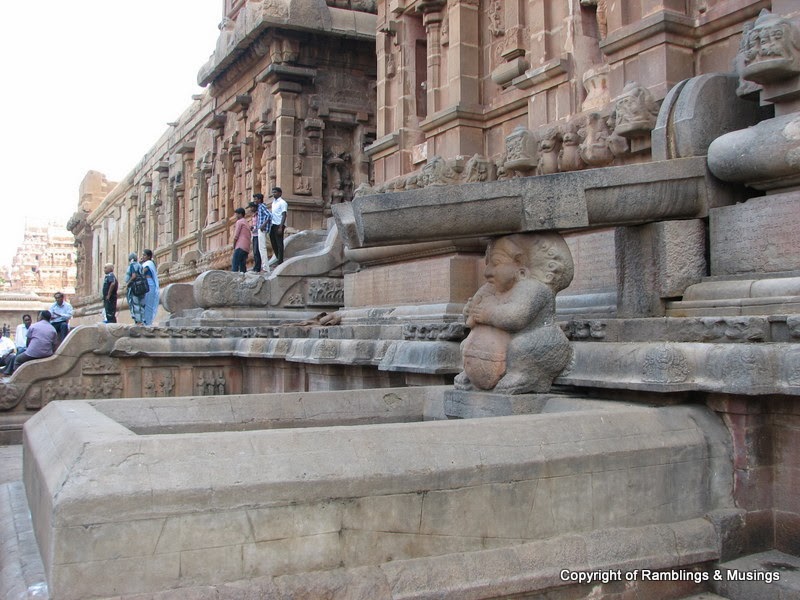 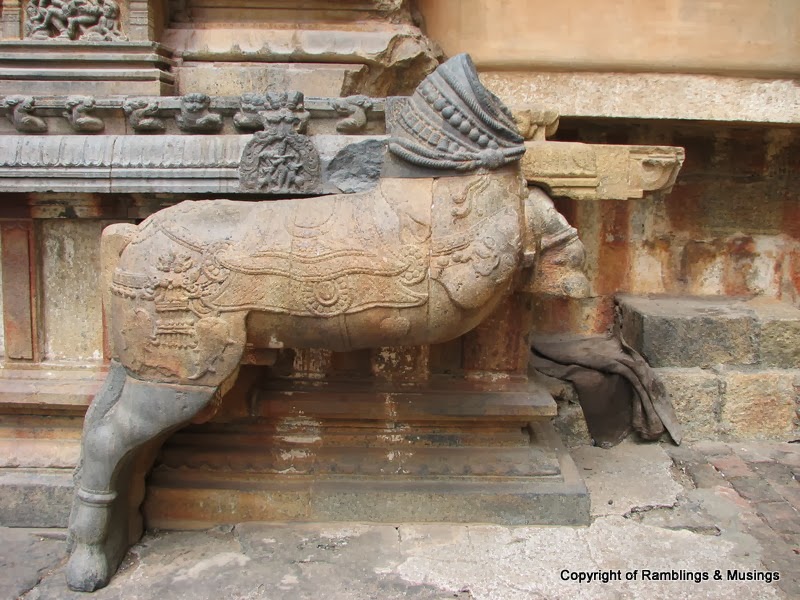 This is a continuation of the previous post which you can view here: Big Temple-Thanjavur. I am posting some more pictures of the Big Temple. This was a fabulous trip.Weather was superb with temperatures around 27 degree Celsius.

The Big Temple continues to fascinate me ever since I first visited (in the year 2008) this 1000 years old temple  built by Raja Raja Chola during the 9th-10th century AD. I was in Thanjavur (Tamilnadu,India) once again last Sunday and witnessed this amazing temple all over again. Here are some breathtaking views clicked on a fairly bright and sunny day with gentle white fluffy passing clouds and blue sky : 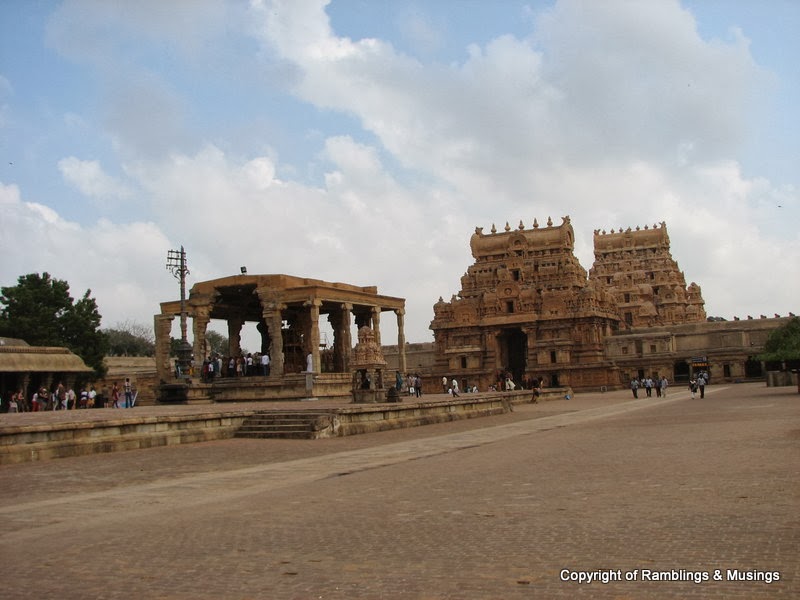 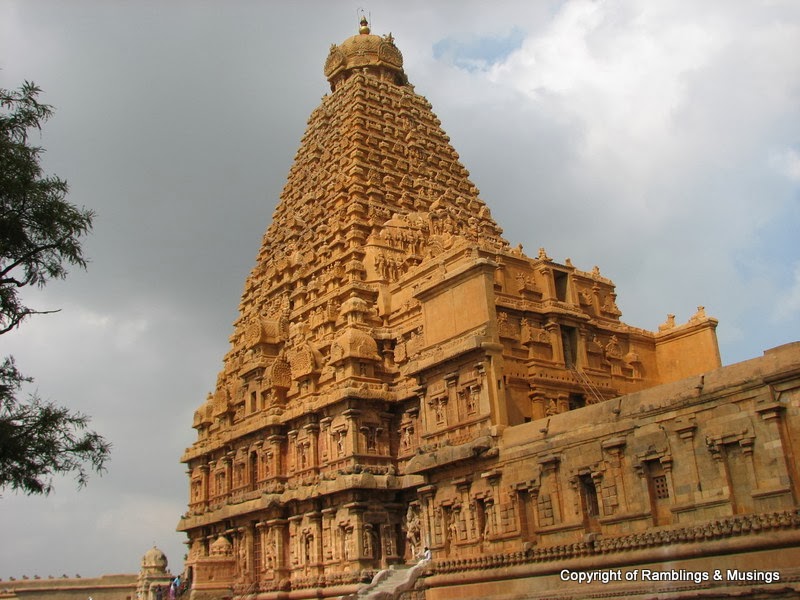 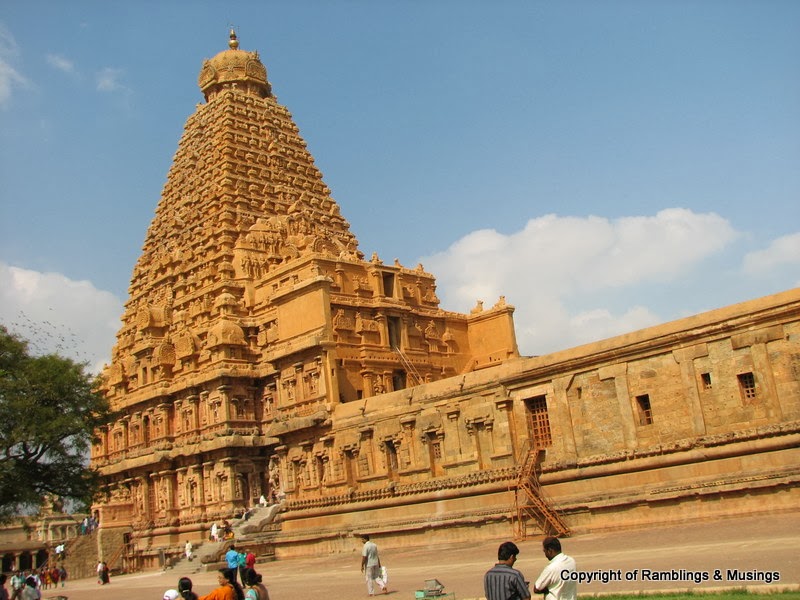 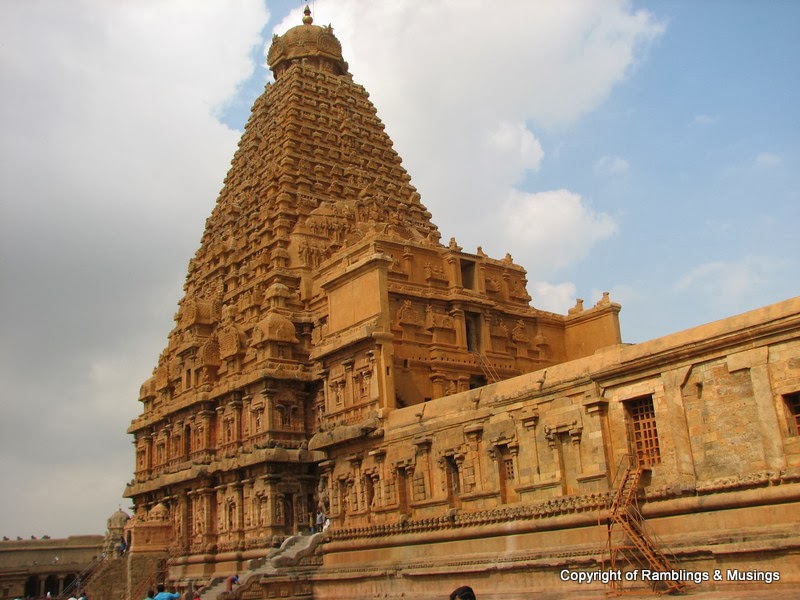 For detailed history, statistics,information and more pictures about this temple please log onto: http://sankriti.blogspot.in/2013/09/brihadeeswara-temple-thanjavur-numero.html
at January 25, 2014 22 comments:

From Jan10-12 there was a weavers & handicrafts exhibition at RMKV Silks at Brookefields,Coimbatore. Women weavers from India, Bangladesh,Afghanistan,Bhutan,Nepal & Pakistan participated. Some of them were provided with looms and actually demonstrated their weaving and embroidery skills.SEWA -a self employed women's association has tied up with SABAH an organization funded by SAARC Development Fund to help craftsmen from South Asian Countries and to bring alive dying crafts and help these women become self reliant. Products on display included sarees, stoles,cushion covers and home decor featuring Baluchi Kandaharjoshi,sapma & tipma weaves,jamdani patchwork,applique and intricate hand embroidery were on display. Naazish from Pakistan talked with enthusiasm but refused to pose for a picture. Pema Shering and Gem had carted table mats,shawls,sweat shirts,laptop bags and pouches made from yak wool all the way from Bhutan. 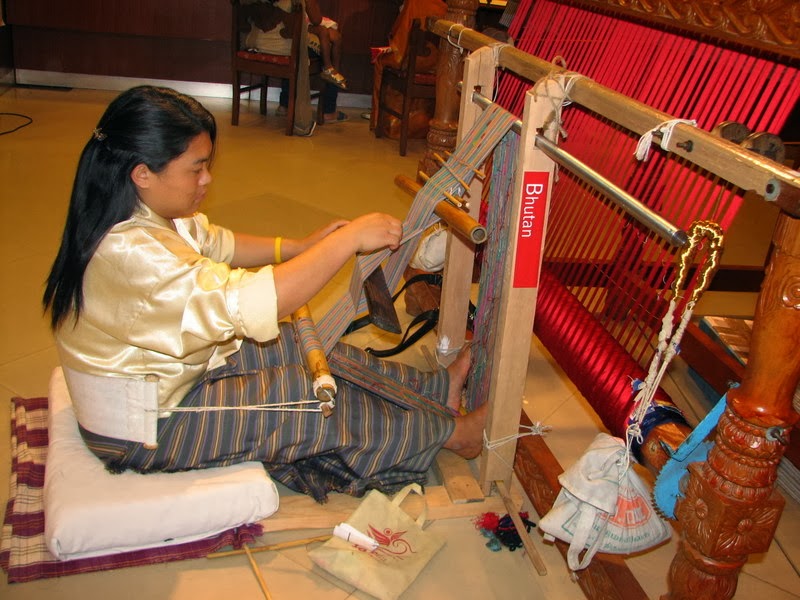 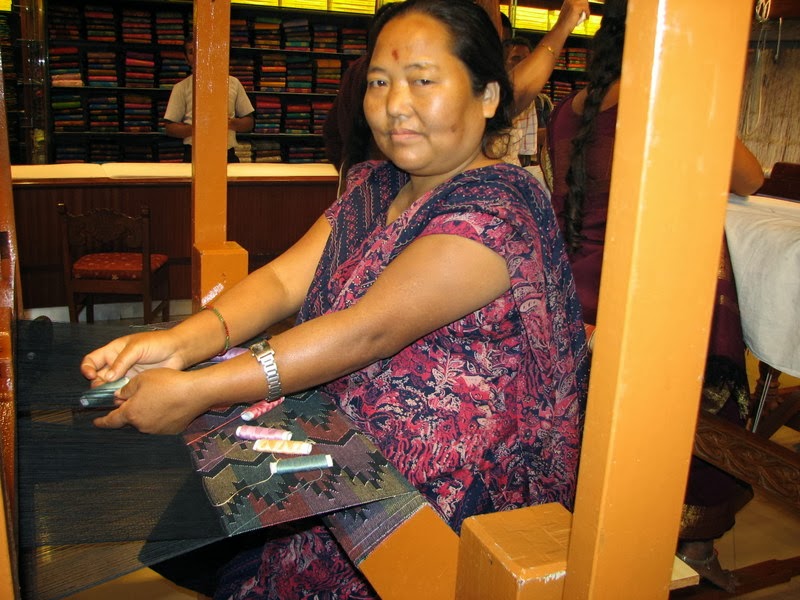 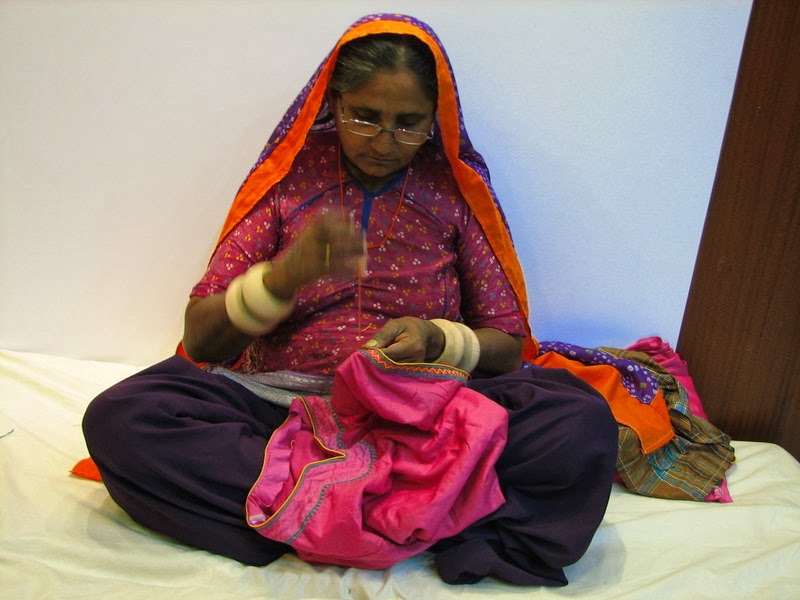 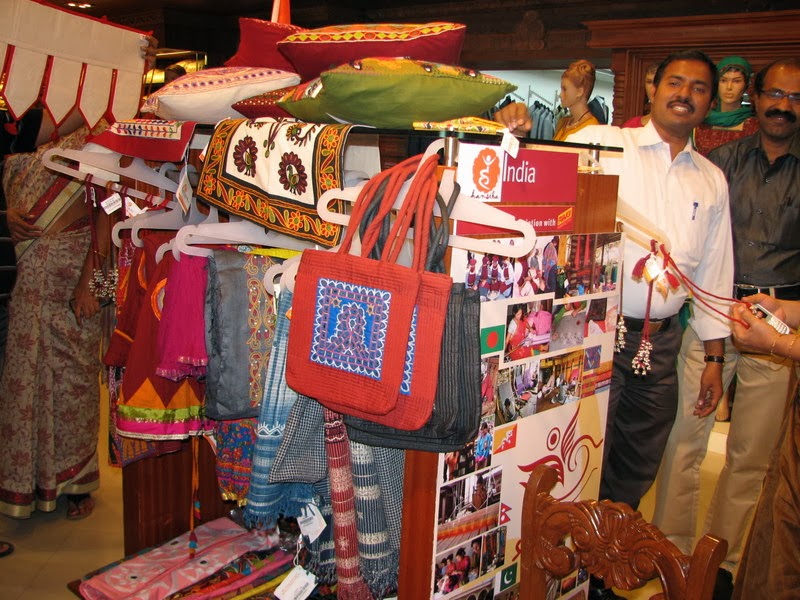 Kapad Beach is at a distance of 19 Kms from Calicut. The drive is smooth and the traffic is thin. After a river crossing,we turn left off the highway and travel around 5 kms to reach the beach. This stretch comprised mainly of fishing hamlets and there is lush greenery all around ( thickly dotted with coconut palms) so representative of Kerala ! Truly called Gods Own Country ! Kapad beach near Calicut (India) is an important location in History - Vasco de Gama landed here in 1498 thinking he had discovered America. There is a small insignificant monument on the road side to record this historical landing. Kapad beach in itself is a beautiful beach. 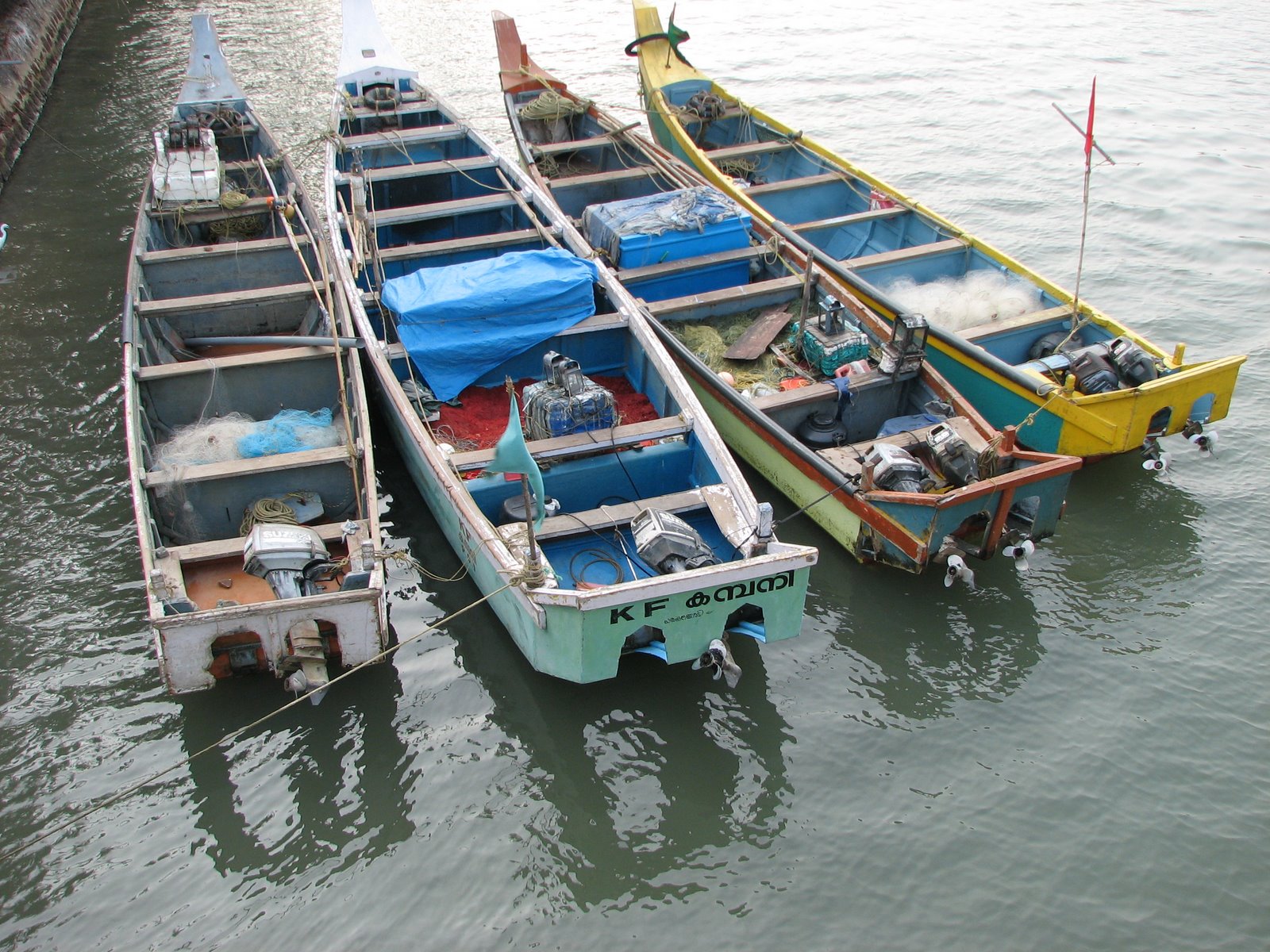 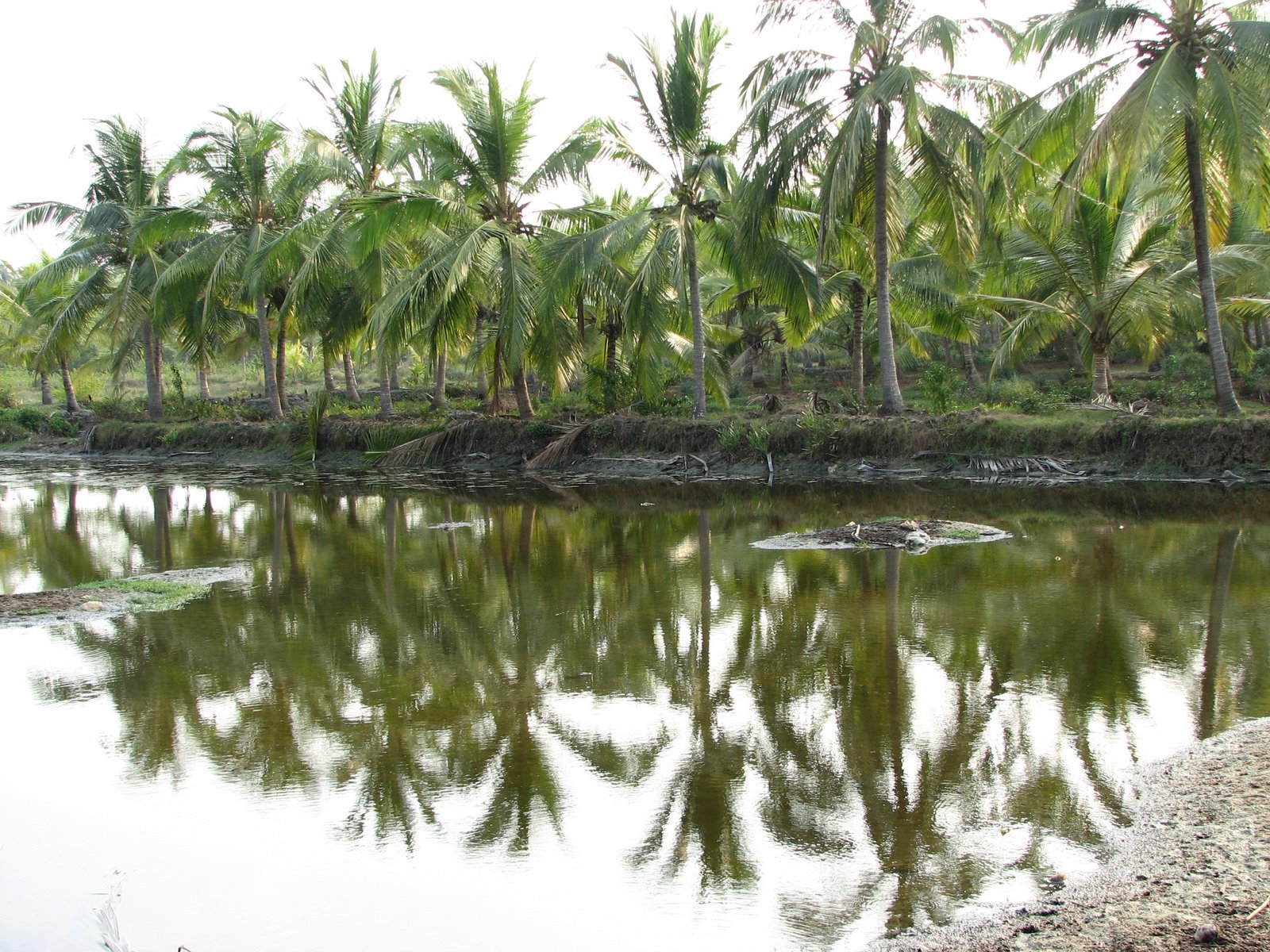 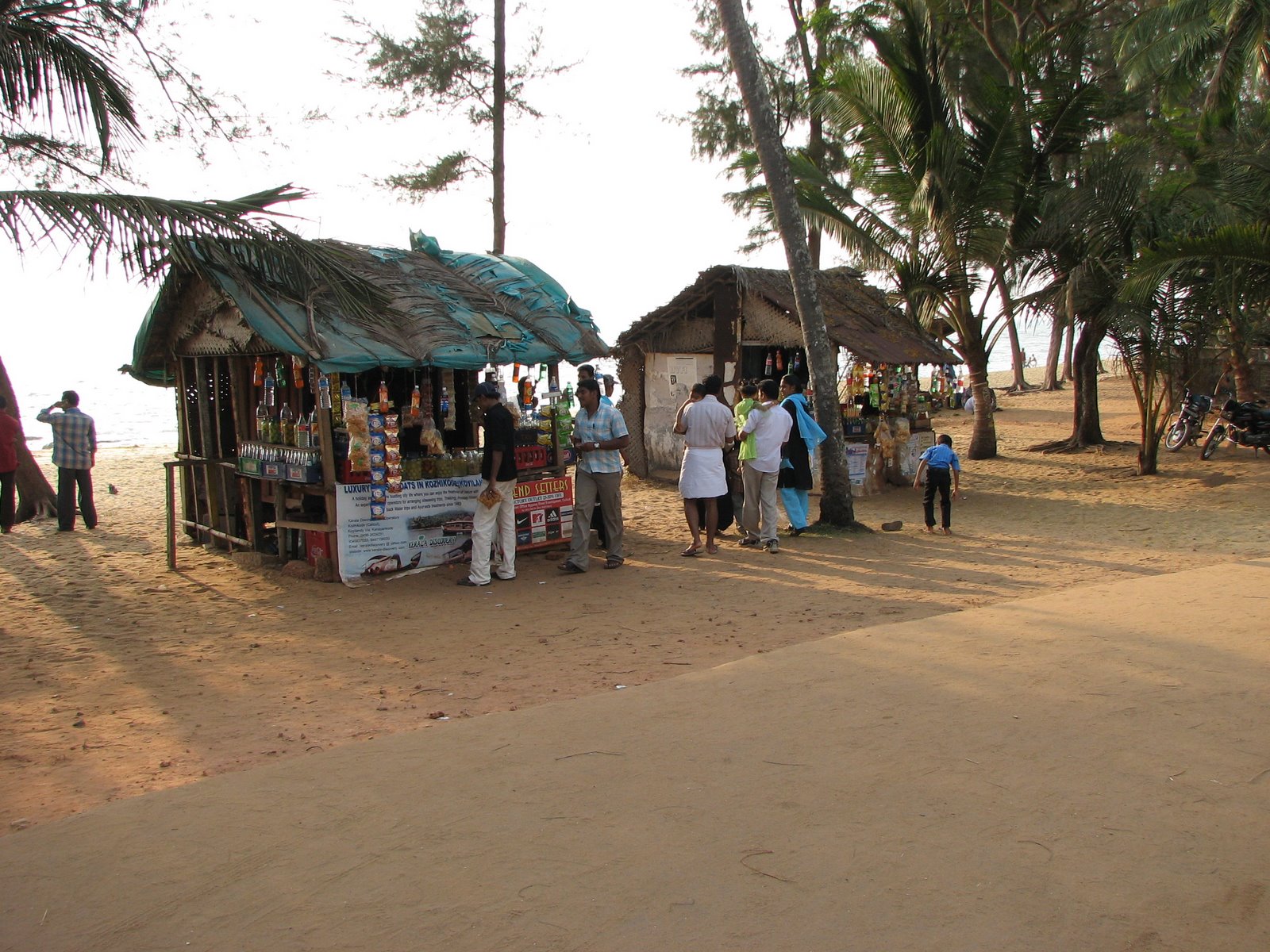 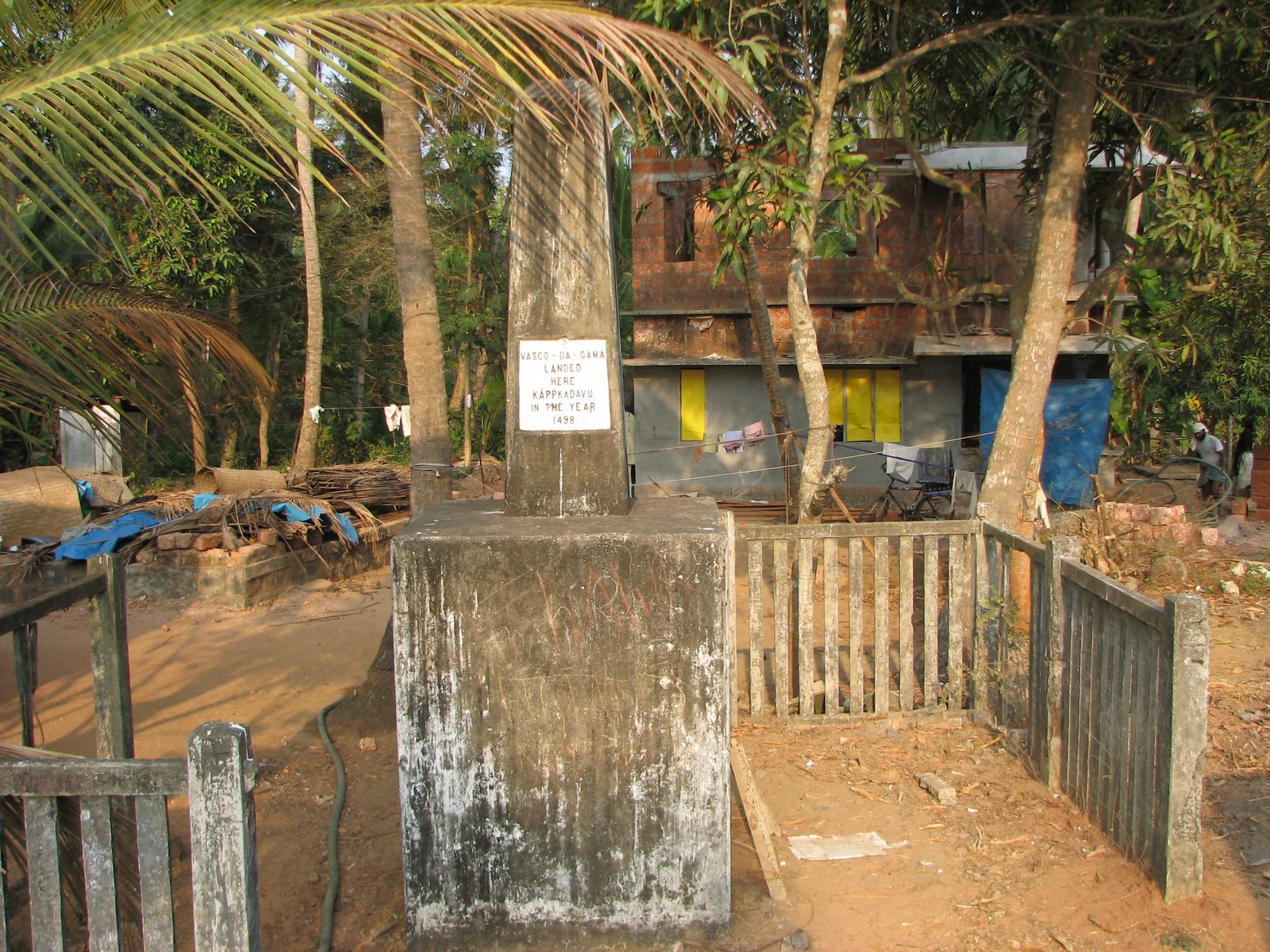 The polar vortex that has gripped the U.S. and Canada this week has led to some spectacular icy images. The latest come from Niagara Falls, which partially froze Tuesday when the temperature hit a record low of minus 2 degrees.
Aaron Harris, a photographer for Reuters, took several shots of the 167-foot frozen falls Wednesday. The ice formed on the U.S. side of the falls, which straddle the border with Canada.
While unusual, it's not the first time Niagara Falls has frozen. Photographs from the early- and mid-1900s archived at Niagara Falls Public Library appear to show frozen falls, though some experts have questioned their authenticity. Of course, the eye-catching freeze did not completely stop water from flowing. 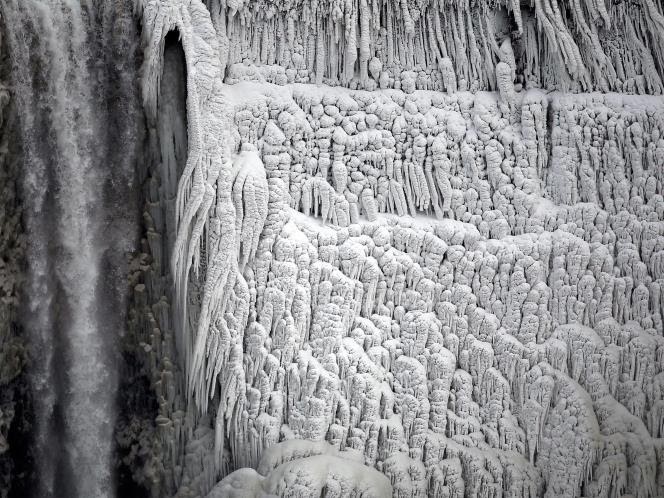 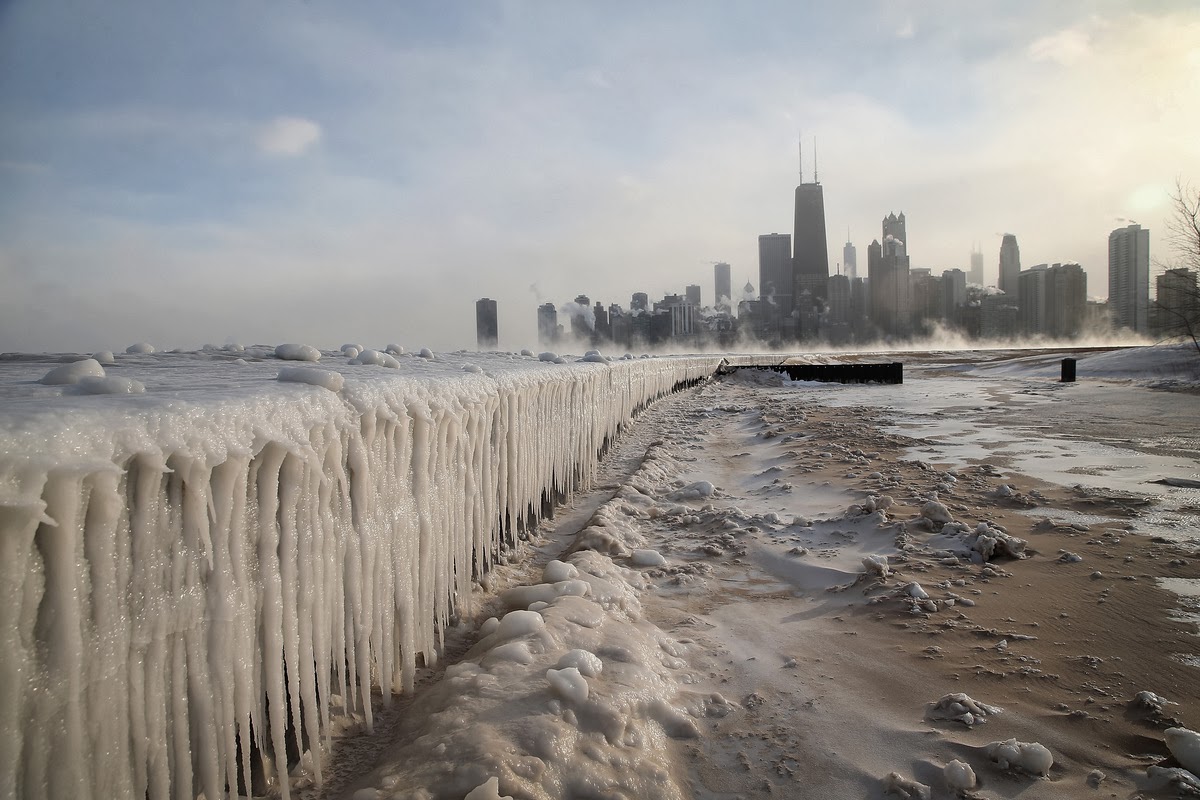 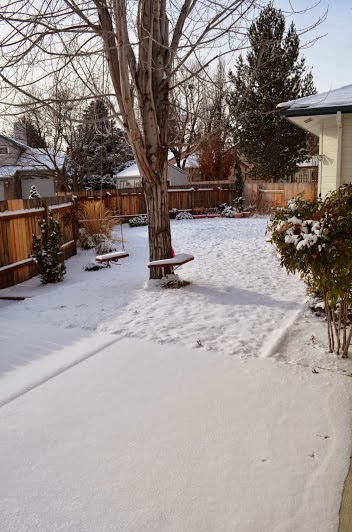 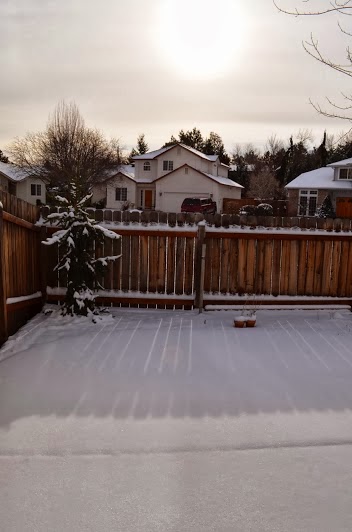 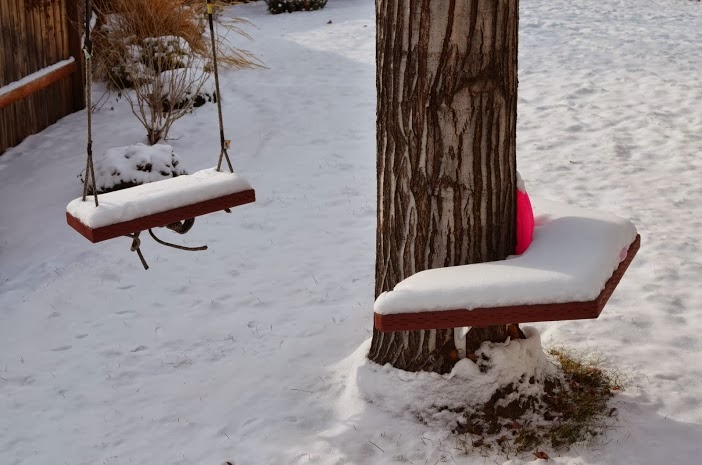 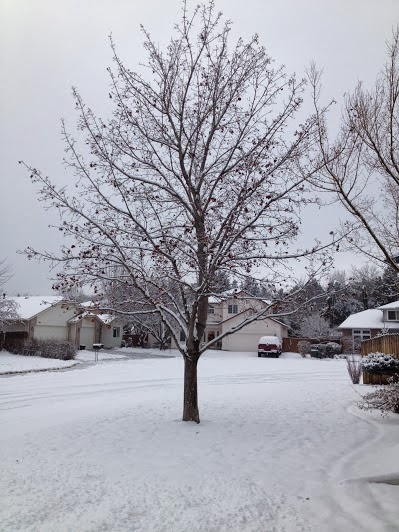 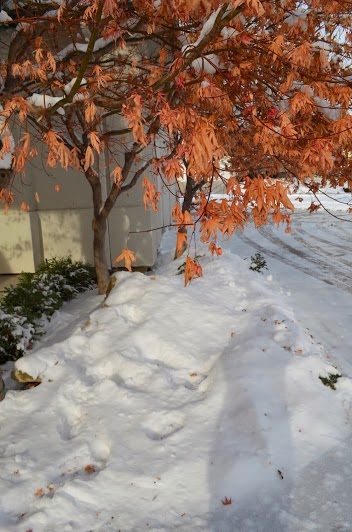 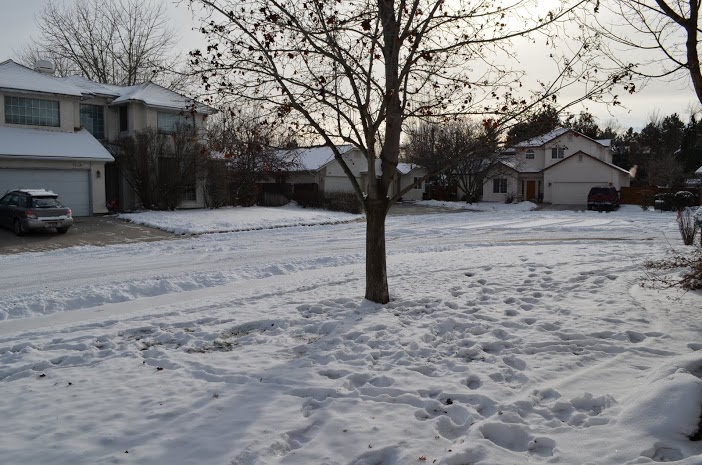 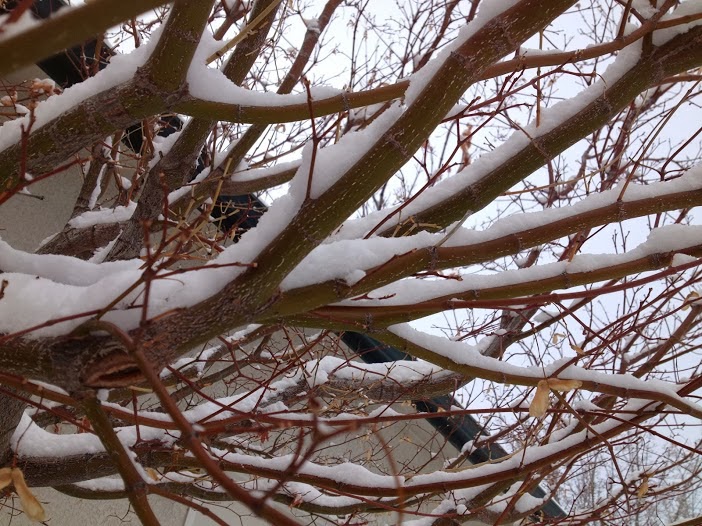 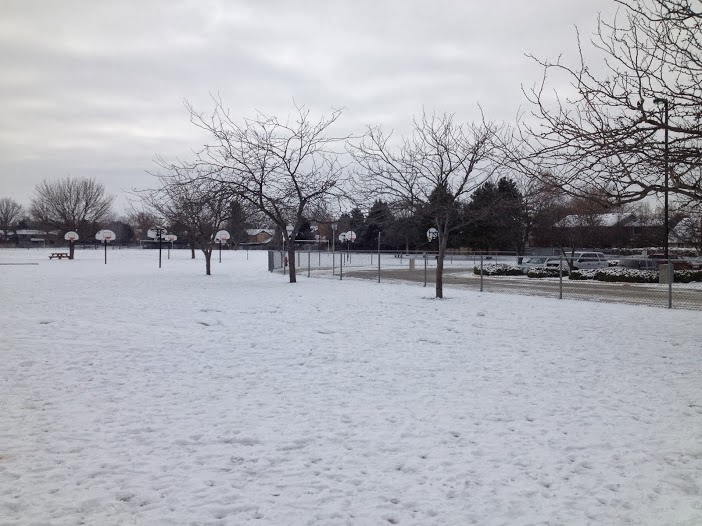