THE remains of an ancient brick temple, possibly 2,000 years old, have been discovered on the beach near Tiger Cave in Mamallapuram, 50 km from Chennai. According to archaeologists involved in the excavation, the temple; dedicated to Muruga, also known as Karthikeya, may date back to the late Tamil Sangam age, between 1st century B.C. and 2nd century A.D. An inscription in Tamil on a rock near the excavated site led to the discovery of the temple. The rock, lodged in sand, was exposed fully by the tsunami that struck Mammalapuram on December 26, 2004.
The original temple was damaged severely by what archaeologists think was a tsunami or a massive tidal wave action. Subsequently, the Pallava kings converted it into a granite temple in the 8th and 9th century A.D., which too fell to tidal waves . The Pallava rulers filled the sanctum sanctorum of the brick temple with sand, placed granite slabs over it and used it as a foundation to build a new temple. This temple had a vimana (tower) made of granite blocks with carvings. So the temple had two distinct phases: the late Sangam age and the Pallava period. 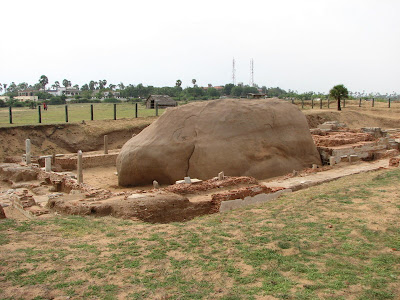 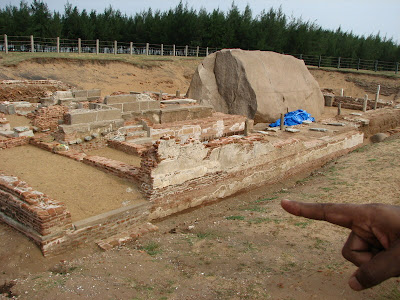 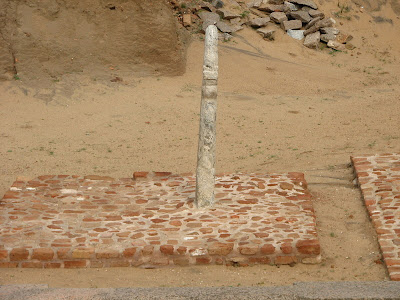 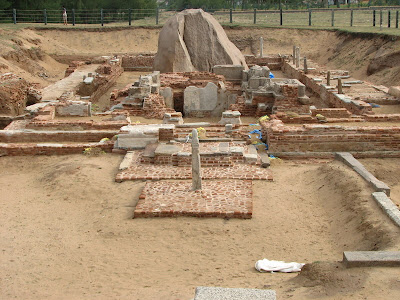 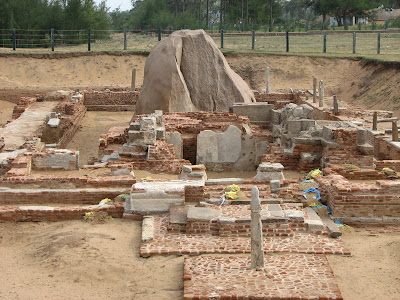 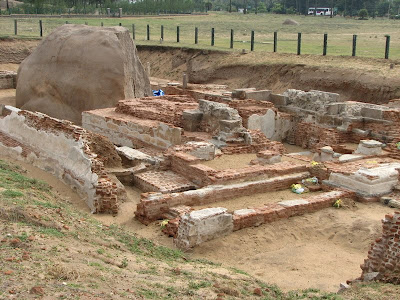 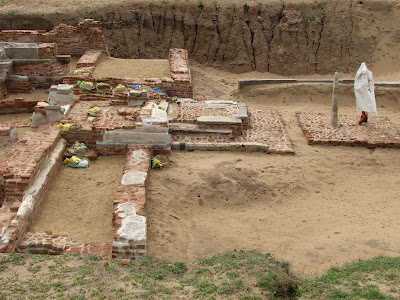 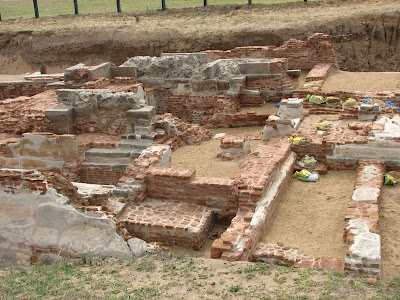 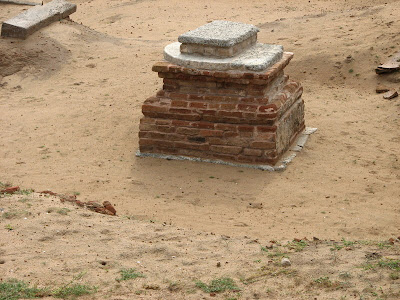 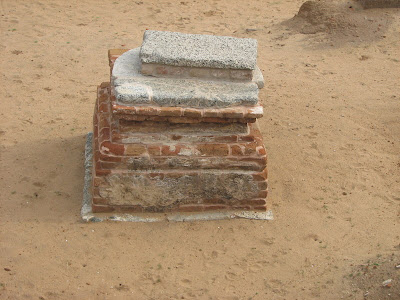 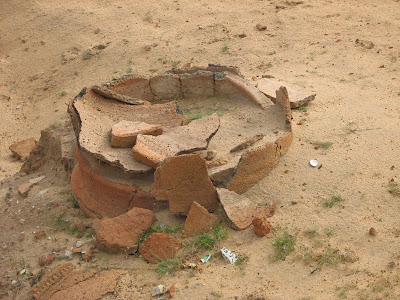 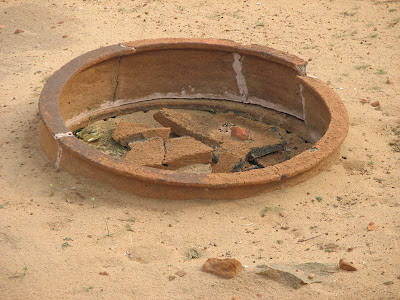 An important discovery was that of two carved, granite pillars of the Pallava period. Both the pillars have inscriptions in Tamil. While one pillar mentions the seventh regnal year (813 A.D.) of the Pallava king Dantivarman, the other has an inscription belonging to the 12th regnal year (858 A.D.) of another Pallava king, Nandivarman III. The inscriptions on the pillars speak about donations made to a Subrahmanya temple at a place called Thiruvizhchil, which is the present-day Salavankuppam, where the Tiger Cave monuments are located.
Other Pallava age artefacts unearthed include carved granite blocks from the collapsed temple vimana, a bronze lamp with a carving of a cock (the vehicle of Muruga or Subrahmanya), and roofing tiles. The granite blocks have carvings of Ganesa, elephants, mythical animals and floral motifs. A copper coin belonging to the Chola period was found on the surface of the site. 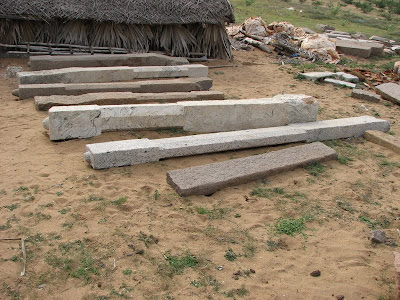 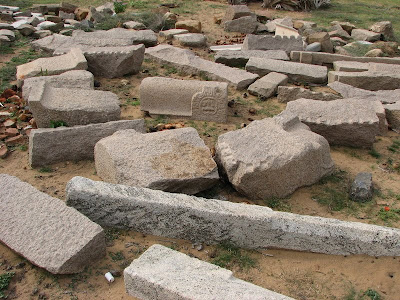 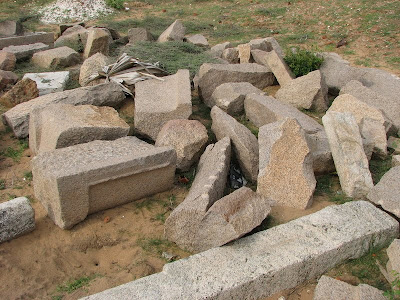 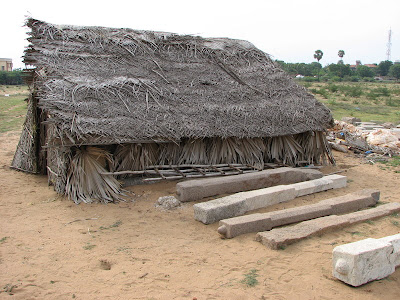 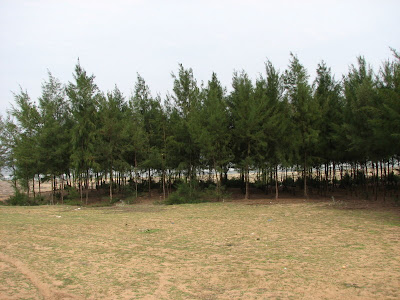 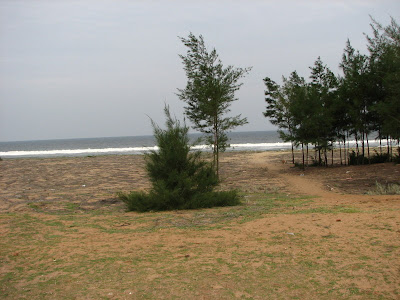 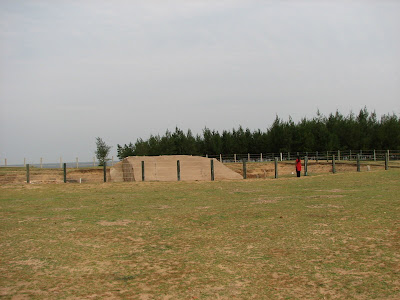 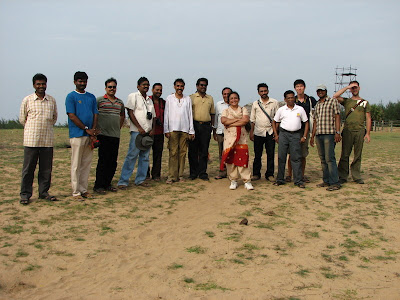