Bali is an island and the smallest province of Indonesia. The island is home to most of Indonesia's Hindu Minority.According to the 2010 Census, 84.5% of Bali's population adhered to Balinese Hinduism. while most of the remainder followed Islam. Bali is also the largest tourist destination in the country and is renowned for its highly developed arts, including traditional and modern dance, sculpture, painting, leather,metal working and music. A tourist haven for decades, the province has seen a further surge in tourist numbers in recent years.
This a popular dance form from Bali. This troupe of young girls is colorful costumes are enacting the Ramayana as part of the entertainment during a cruise we took during a visit to the Island of Bali. 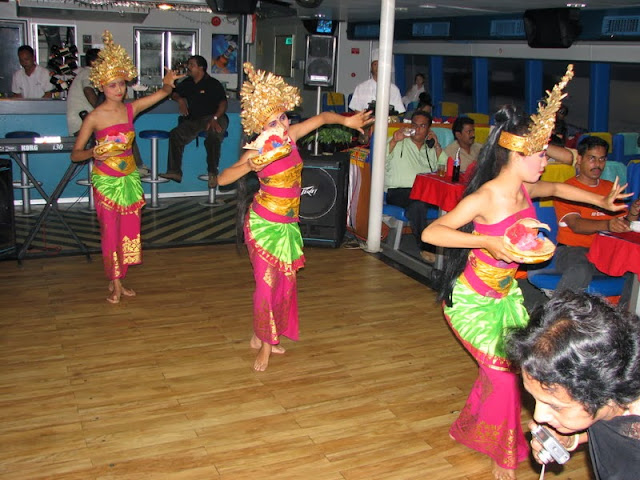 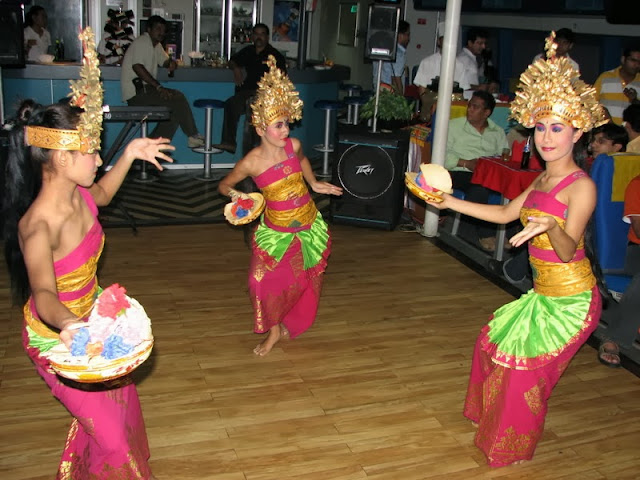 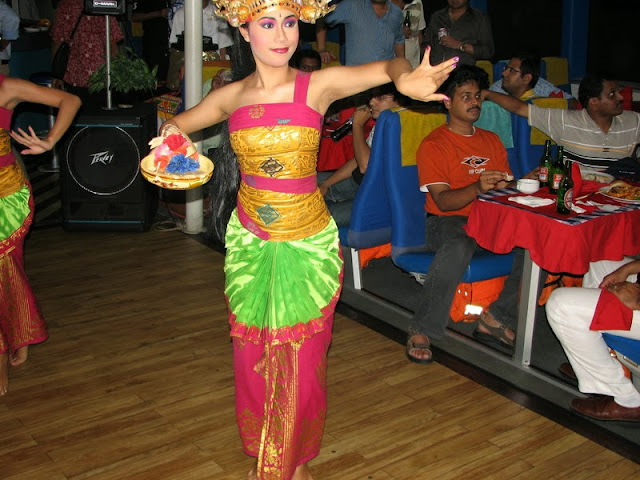 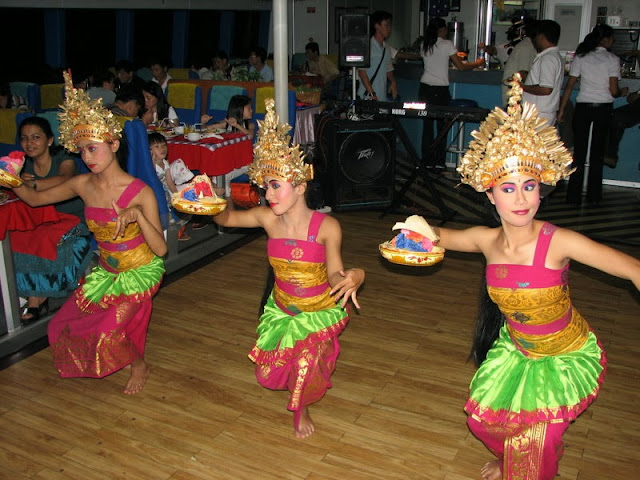 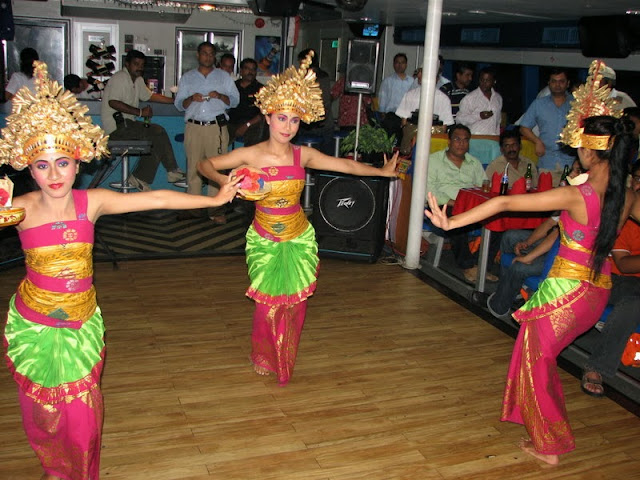